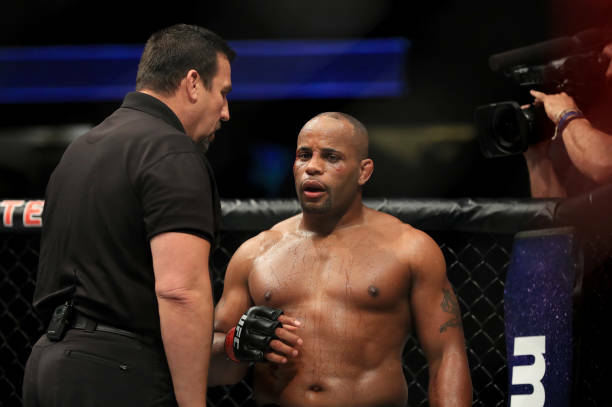 At UFC 214, Jon Jones defeated Daniel Cormier with a vicious knockout to retain the title he never officially lost.

It was a long road to get the two foe’s back into the Octagon. A combination of Cormier’s weight-struggles and Jone’s legal/USADA troubles forced fans to wait years before realizing the real champion of the light heavyweight division. However, last night, Jones solidified himself as not only the champion, but the greatest light heavyweight of all time, as well.

That’s not to say Daniel Cormier looked bad. In fact, it’s quite contrary. Cormier arguably beat Jones in both round 1 and round 2, but in round 3, Jones turned up the heat and landed a vicious head-kick – finishing the fight with ground and pound strikes.

After receiving multiple undefended shots to the head, referee Big John McCarthy stopped the fight – and truthfully, many believe the fight could’ve been stopped 5-6 strikes earlier than it was.

The video below is and overhead camera shot of DC looking extremely disoriented, and making physical gestures to both the Octagon doctor, and McCarthy.

(VIDEO) This overhead camera shot stays on Daniel Cormier for a few minutes following the knockout loss to Jon Jones. Not an easy watch. pic.twitter.com/5UIUDvGGIH

It’s hard to watch that video. Daniel Cormier is one of the nicest fighters on the UFC roster, and has always gone about his career with integrity and respect. You can’t judge a fighter based on what they do after being knocked-out.

I don’t know what’s next for Cormier, however I truly wish to never see him in that capacity again.