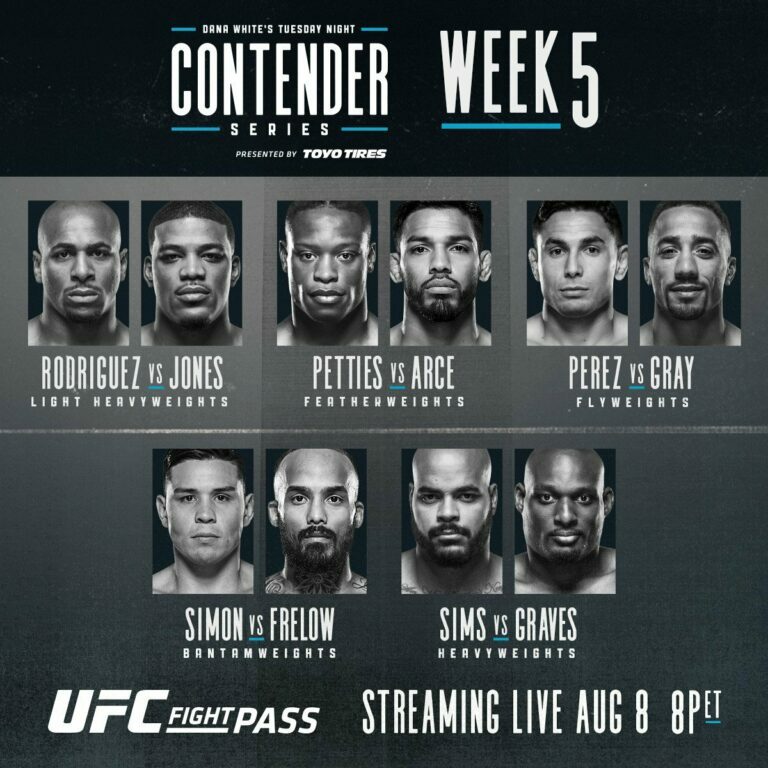 After a successful Week 4 that saw two fighters get UFC contracts, the Tuesday Night Contender Series returns with another great prospect-filled card.

If you missed last week, we may have seen the best DWTNCS series card yet in terms of fights. Check out full results here.

Rodriguez enters having won three-straight with the combined fight time of those three bouts only being five minutes and thirty-two seconds. Jones has not been so lucky, however. Having won only one of his last three outings. His most recent fight in May was for the vacant CFFC light heavyweight title. Jones was finished in the second round.

Arce has won four-straight in the span of a year. Including a title win and two title defenses. Petties recently looked impressive while defeating Jonathan Pearce at Shogun Fights 16. Worth noting that both men have competed in the featherweight and bantamweight division, but Petties has fought as high as lightweight.

Check out the full fight card below which will be updated with live results as the event begins.