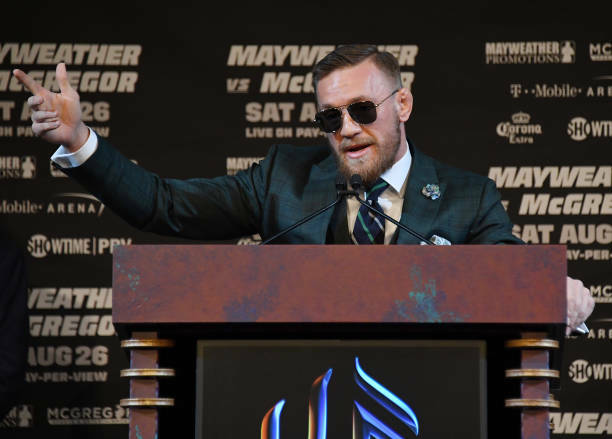 Everyone and their grandmother is gearing-up for the biggest fight in the history of combat sports. Whether you’re buying a “TMT” tee to support Floyd Mayweather, or a 49-1 tee to support Conor McGregor, fans are scrambling to find the best way to display their allegiance.

The New Conor McGregor Song You Must Hear

But at the end of the day, what really gets the fans jazzed-up? Music. And lucky enough for McGregor supporters, a new song has just released – and it’s awesome.

The song titled “There’s Only One Conor McGregor” was created by Mick Konstantin, a Irish singer who’s gained a lot of attention because of this song – and not just by the media, but by Conor McGregor himself. In the 7th episode of UFC Embedded, McGregor is seen driving his vehicle while jamming to Konstantin’s song.

There’s Only One Conor McGregor by Mick Konstantin can be heard here:

Konstantin is no Bono, however the lyrics are both comical and relevant, and capture everything a Conor McGregor song should incorporate.

So go ahead, give it a listen. But be careful, because it’s extremely catchy.