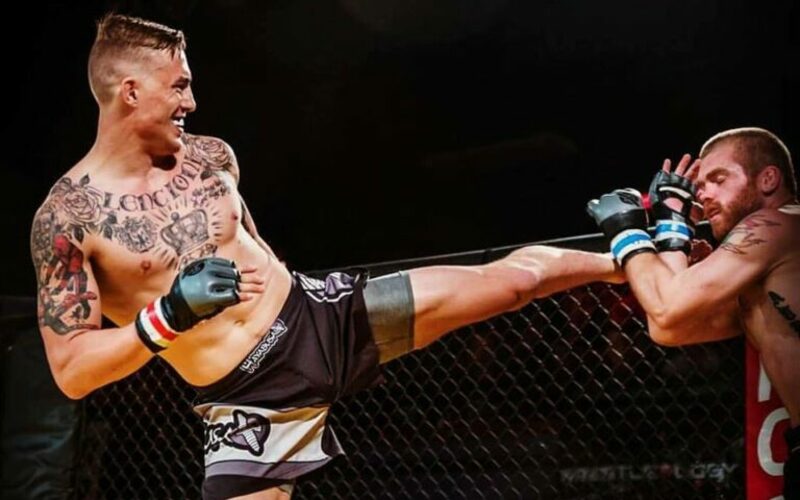 On August 31, it was announced that Portland, Oregon’s Cris Williams was the latest signee to Bellator’s featherweight roster.

The man known as ‘Sunshine’ made the official announcement on the ‘You’re Welcome with Chael Sonnen‘ podcast and followed up with a slough of posts from friends and fans on his official Facebook page.

The current undefeated 23-year-old is 3-0 in his professional career, with two of those victories coming via submission. He was undefeated as an amateur as well and captured two championships along the way — the Full Contact Fighting Federation Lightweight title and the Ax Fighting Featherweight title.

With a number of cards coming up on the Bellator calendar, Williams expects to make his debut in later September or early October.

Work Ethics are Everything

The Gracie Barra Portland fighter knows that he didn’t get to the next level of combat sports by himself, but he does take some credit.

“In less than two years of fighting if you have the right team, the right attitude, and right work ethic, you can get a lot of sh*t done,” Williams stated.

The Bellator fandom can expect to be in for some excitement when ‘Sunshine’ makes his promotional debut and he knows they will be thinking that as well.

“Bellator fans can expect a lot of laughs, ooohs and ahhs, along with a lot of ‘Damn he’s good.'”

Check out the rest of Williams’ Q&A below, which included his upbringing, becoming an amateur champion, what being undefeated means to him and much more.

All of the anime I watched as a kid, turned me into a ninja. Naruto is my shit.

2. What was your childhood like? Were you into fighting at school?

I had a very interesting childhood. At one point, I was one of 10 white kids in my entire school, and got into a TON of fights. And lost a lot.

3. What was it like to have your first fight?

Better than any drug I’ve ever done.

4. Did you know from that point on that fighting was something you wanted to do?

I knew fighting would my career before I had my first fight.

5. You became an amateur champion. What did that mean to you?

One more step to the top of the pyramid.

7. How has training for pro, differed from training as an amateur?

The training hasn’t changed since day one, I work my ass off every day. Except Sunday, baby, that’s the Lord’s day.

8. You’ve fought three times as a pro and are currently undefeated. What does that mean to you?

It means I’m undefeated, and the most marketable fighter to come out of the West coast.

9. How do you train your mind for that?

I wake up everyday and watch at least one episode of Naruto, that shit pumps me up.

10. You always look like you’re having a blast inside the cage even when getting punched? How do you keep that up?

Because I’m having the best time of my life, and in 11 fights I’ve been hit less than 10 times.

11. Being 3-0 is still very early in your pro career, but is there anyone or anywhere that you would like to fight?

I want to fight overseas potato farmers in Ireland.

Because everyone is obsessed with the Irish lately and they need some ‘Merica in their life.