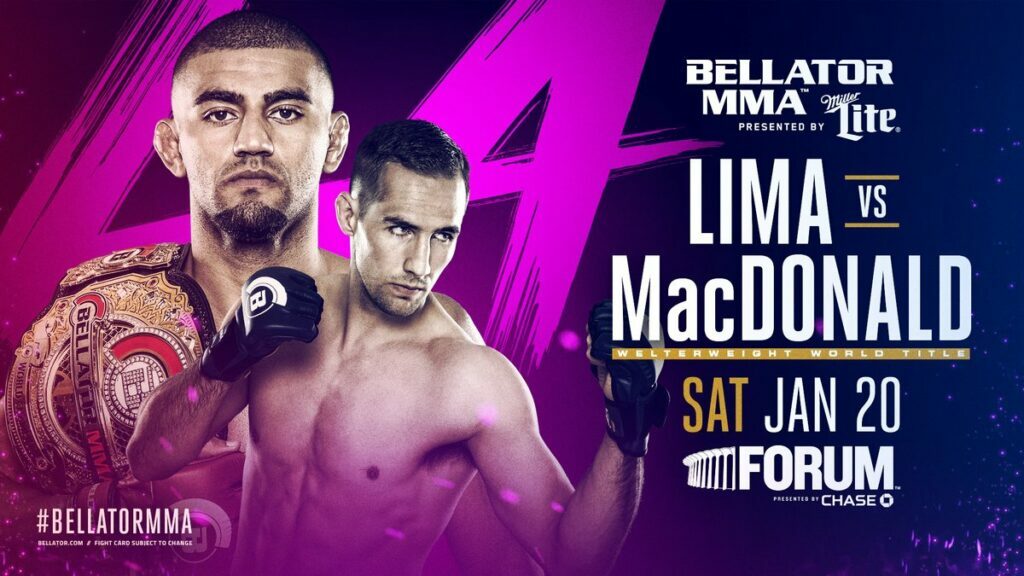 Arguably the biggest title fight to ever take place inside the Bellator MMA cage has finally been made official.

Former UFC title-challenger Rory MacDonald will look to make it 2-0 inside the Bellator cage when he takes on the defending welterweight king Douglas Lima.

The two best Welterweights on the planet fight for the World Title on January 20th at @theforum. Tickets on sale Sept 29th. pic.twitter.com/ma227mNJ5q

Lima (29-6) enters the fight having won three-straight. After losing the welterweight title to Andrey Koreshkov, “The Phenom” rebounded with a great performance against Paul Daley to earn himself a championship rematch against Koreshkov. Lima made the most of his opportunity and knocked out Koreshkov in the third round to win back his title.

An “unimpressed” MacDonald had this to say following the last title fight.

“I was really underwhelmed, I was expecting a good fight. I had a lot of excitement going into this fight. Larkin is an excellent fighter. If these guys think they’re keeping a belt fighting like that against me, it’s not gonna happen. I’m gonna take these guys out. They’re just gonna be another body in the grave.”

MacDonald (18-4) made his Bellator debut earlier this year against heavy-handed knockout artist Paul “Semtex” Daley. The Canadian went into enemy territory and dominated his opposition, forcing the tap in round two due to a rear naked choke.

He entered Bellator while being ranked amongst the top three at welterweight in the UFC. Following a 2015 Fight of the Year vs. Robbie Lawler for the welterweight championship, MacDonald lost to Stephen “Wonderboy” Thompson in a #1 contender fight and left the promotion shortly after.

This Bellator MMA show has not yet been numbered, but it is on track to be either ‘Bellator 190’ or ‘Bellator 191’. No other bouts have been announced for the card, but this welterweight title fight has been confirmed as the main event of the night.

The event will take place at The Forum in Inglewood, California on January 20, 2018.