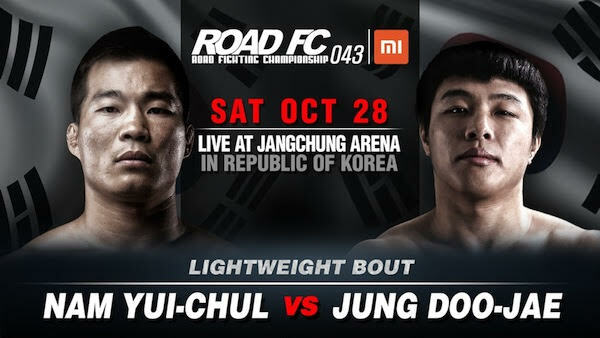 Sanae Nam MMA’s Chul (18-8-1) returns to the cage following a loss in the opening round of ROAD’s $1 million tournament. The former Spirit MC title-holder tore through all opposition in ROAD’s 2013 tournament. After winning the tournament, Chul won the lightweight title and made one successful defense before joining the UFC for a three-fight stint. After recovering from injury and leaving the UFC, Chul participated in the $1 million tournament after almost two years away. He suffered consecutive KO losses to Brazil’s Tom Santos.

Ronin Crew’s Doo-Jae (8-18) is one of the most experienced Korean fighters, and he possesses a very strong background in boxing. He is a veteran, having competed since 2004 NeoFight, MARS, and Spirit MC. Even traveling over to Japan whilst competing in DEEP and Gladiator promotions. Despite the record, Doo-Jae is genuinely very exciting to watch and should produce fireworks against Chul. 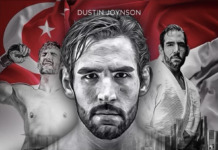