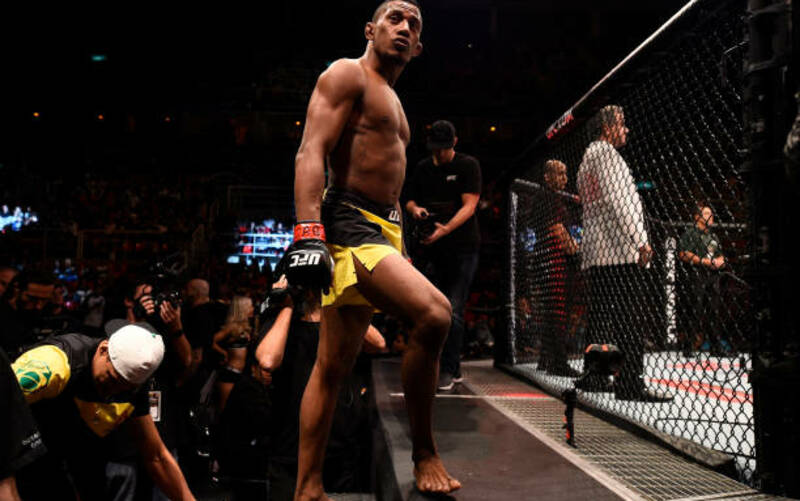 Yesterday it was reported by Combate and MMAFighting, that Iuri Alcantara will compete at UFC Fight Night Fresno against Alejandro Perez.

Alcantara is coming off a loss at UFC 212. Alcantara has fought twice this year, his first fight being a win. He defeated Luke Sanders via submission at UFC 209. His previously mentioned loss at UFC 212, came against Brian Kelleher. Kelleher won against Alcantara by guillotine choke. This event is the first Fight Night bout since January 2016. He has fought mostly on PPV events since then.

Perez has been all wins since November 2015 (excluding a draw). Fighting out of the KB-VT Gym, Alejandro Perez will take part in his second fight this year, in December. His previous bout this year was against Andre Soukhamthath at UFC Fight Night 114. The three round fight ended with a split-decision that gave Perez the eighteenth win of his career.

UFC Fight Night Fresno happens on December 9 at the SaveMart Center in Fresno, California. The card has seven bouts already announced. The headliner will pit featherweight stars Cub Swanson against Brian Ortega as the pair inch closer to a possible title shot. Liz Carmouche faces Alexis Davis in a 125 pound fight. A newly announced bout between Bryan Caraway and Luke Sanders has been added. And Scott Holtzman goes up against Darrel Horcher in the lightweight division.

Alcantara and Perez are the only bantamweight fight announced for the card so far. This is the first time that UFC has held an event in Fresno, but  the UFC is no newcomer to California. This events marks the twenty-seventh time that the promotion has held inside the state.

I am a 16 year old writer from Toronto who likes to write about MMA, Wrestling, eSports, and many more topics. I plan on becoming a full-time journalist once I finish up school.