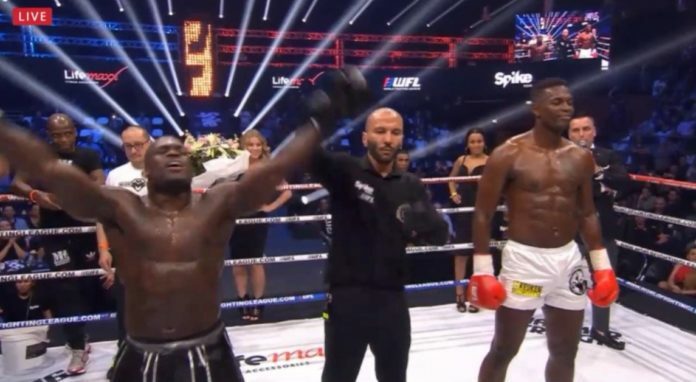 On October 29, 2017, Melvin “No Mercy” Manhoef competed in what he has said will be his last kickboxing match.

Fittingly enough, it was against fifteen-year rival Remy Bonjasky.

It had been over a year since Manhoef competed in kickboxing, and he has not had much success in the sport as of late. Whereas Bonjasky retired from combat sports in early 2014 following a win over Mirko Cro Cop at Glory 14 but was brought out of retirement for this fight with Manhoef. 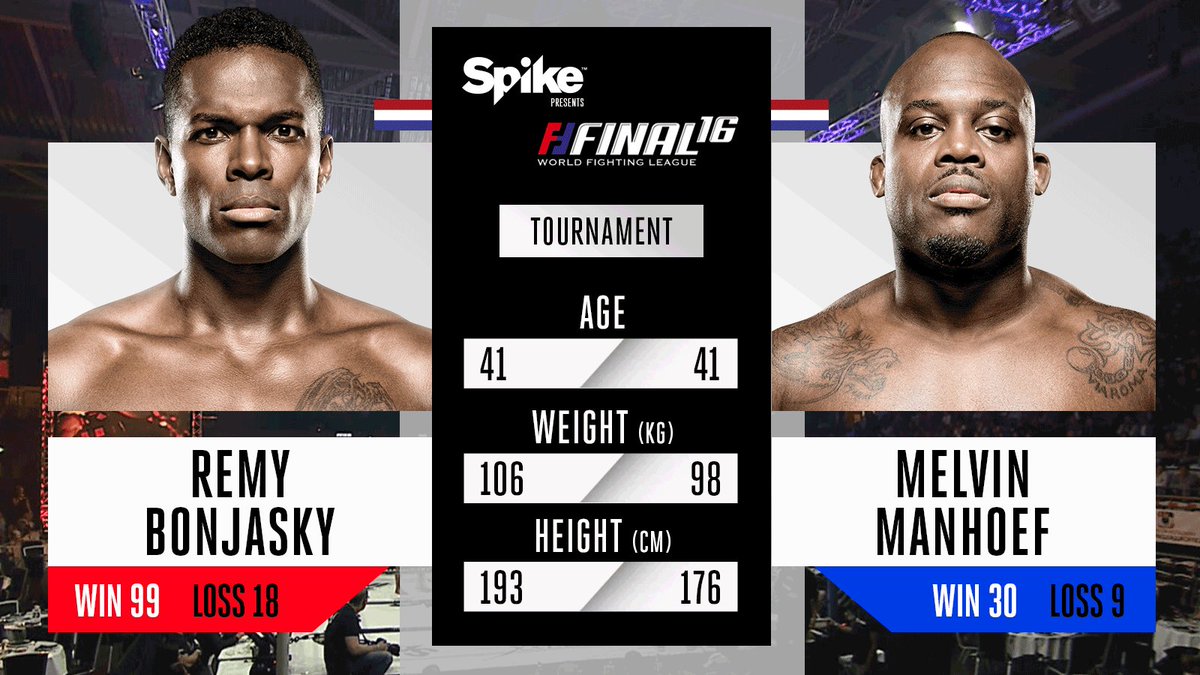 Manhoef looked alive early and did some solid work on the inside vs. a visibly rusty Bonjasky. Bonjasky attempted a flying kick in round one, but Manhoef was smart to it and hit him with a left-hand in the process.

Known as “The Flying Dutchman”, you can always expect some craziness out of Remy Bonjasky, and tonight was no different. He was sent over the top rope after attempted yet another flying kick in round two.

But that was not before Manhoef forgot that he was no longer competing in MMA and landed a solid slam takedown.

Manhoef forgot which sport he was fighting in #WFL pic.twitter.com/KeqBqcxtN6

Overall, Manhoef fought smart and picked his shots well en route to winning a decision and finally getting a win over his longtime foil Remy Bonjasky.

Remy Bonjasky did not look great, but he started to come alive a bit in the third and final round. But, in fairness, he is now 41-years-old with plenty of wear & tear. And that’s not taking into consideration his four years away.

Remy Bonjasky is still 3-1 vs. Melvin Manhoef, but it’s very nice to see Manhoef finally get his one win in what is supposed to be his final kickboxing fight.

Watch the clash in its entirety round-by-round in the three videos below!