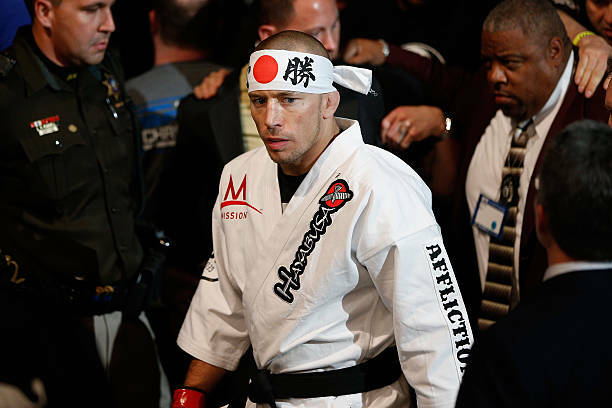 The Story So Far

We are less than a week away from what is set to be another big UFC Pay-Per-View card: UFC 217. It will be a very special card for the promotion; the second UFC event ever at one of the World’s most famous sports’ venues: Madison Square Garden. The Garden has hosted many sports and non-sports events before, from Professional Wrestling events to Hockey games, Boxing matches, concerts and everything in between. However, for the young sport of MMA, this is only the third major event to take place at the Garden. The first was UFC 205 less than a year ago -quickly followed by Bellator 180- after the state of New York lifted its ban on MMA.

UFC 217 Main Event May Lack a ‘Rush’, But Stacked Card Will Steal the Show

Many have been talking about the night’s main event, a 5 round fight for the UFC’s Middleweight title between challenger George St-Pierre and champion Michael Bisping. Many fans are certainly excited for this one, although, this may not be the fight that steals the show.

Michael Bisping has a grand opportunity presented to him; he can become the only man to ever beat arguably two of MMA’s all-time greats in the same lifetime. However, that legacy will always be tarnished as many believe that he effectively lost to Anderson Silva. In addition, his only title defense at middleweight has been against a 46-year-old Dan Henderson, who was not even in the top 10 of the middleweight rankings when they fought. Again, a fight that many believed “the champ” lost.

Reason 2: It’s Been a While

The last time that Georges St-Pierre fought in the Octagon was almost four years ago exactly at UFC 167 on November 16th, 2013. Ring rust may prove to be a serious factor. We’ve seen the beloved GSP come back from a long layoff before, but never such a long time away. A five-round fight for a title is certainly a tall order for any fighter who is active, even more so for someone who’s been away for so long. There are certainly arguments for why St.Pierre will do well, but that is a conversation for another article.

GSP and Michael Bisping have been doing a good job of promoting their bout, but they have no history. The Co-Main Event has been brewing for quite a while. Bantamweight champion Cody Garbrandt will be challenged by former teammate and friend, T.J Dillashaw. Dillashaw’s seemingly abrupt departure from Team Alpha Male sparked a massive backlash from Urijah Faber and his team. However, no one has been more vocal about the subject than Garbrandt.

He and Dillashaw were also rival coaches on The Ultimate Fighter, which added, even more, fuel to the fire, as there was nearly a brawl among them just about every week. This fight has been years in the making as Dillashaw was bred to fight Dominick Cruz, and Garbrandt was bred to be the future of the Bantamweight division. These two have trained together, know each other well, and have some of the best footwork in any division. The Co-Main event has the fight of the night written all over it.

Reason 4: The Rest of the Card

But No Matter What Happens

At the end of the day, no matter what fight you want to see, this card looks outstanding, bolstering THREE title fights and the return of a legend in the sport of Mixed Martial Arts. UFC 217 is one to not be missed.