Dana White Announces Thompson vs. Till, Colby Covington on Deck 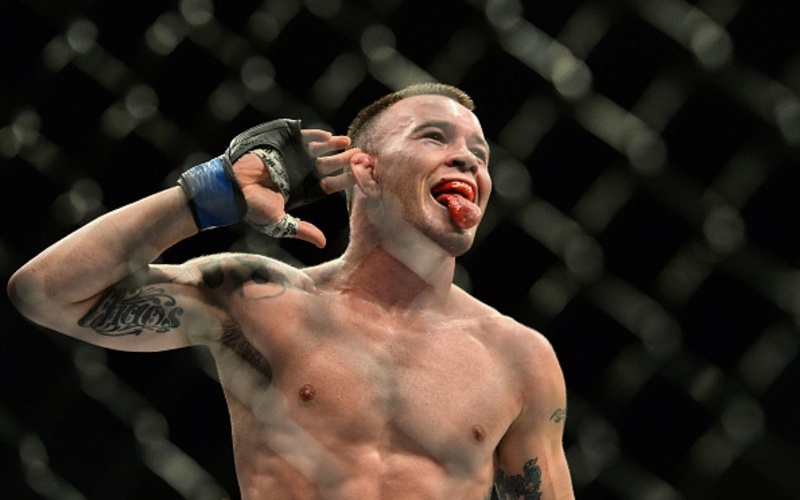 With the Dana White‘s announcement of Stephen Thompson vs. Darren Till in February, Colby Covington‘s next steps in the welterweight division seem to be on hold. White will do everything he can to avoid another Tyrone Woodley and Thompson showdown, after their lackluster showing at UFC 209. Covington, who is currently ranked third in the UFC, is not a number one contender yet, but taking on eight-ranked Till in England might have made more sense. However, the UFC is a different beast nowadays.

Covington is making all the right moves to thrust himself into the UFC welterweight title picture. Despite the ridiculous competition, he stands as an interesting up-and-comer. Given the injuries, recent losses and scheduled fights, Covington is in a prime position to take his career to the next level. At the same time, who is he going to fight?

A bout against Thompson seemed to make the most sense, given they are top five welterweights. Till did beat Donald Cerrone in his last fight, but has plenty of competition ahead of him in the rankings. Prior to Cerrone, Till fought mediocre competition. Maybe a fight against Jorge Masvidal should have been considered.

Thompson Camp Has Zero Interest in Till

Thompson’s father, Ray Thompson, spoke to MMAfighting.com and verbally spat on the idea of Thompson fighting Till in his hometown. “We’ve talked to no one [about fighting Till],” Ray Thompson added. “Not sure how this is a ‘done deal.’ As for Till, he needs to fight through the murderers row at welterweight like ‘Wonderboy’ did to get to the top.”

He also discussed injuries suffered against Masvidal, but the lack of support in taking on Robbie Lawler seems to be a major issue for the Thompson camp:

“We want to fight forward. We’ve been calling out [Robbie] Lawler since before the first Woodley fight and have gotten crickets on it. Why? Why hasn’t anyone talked to us about it? No one from the UFC, no one from Lawler’s camp, no one. ‘Wonderboy’ had one of the most fantastic, exciting fights when he fought [Tyron] Woodley at UFC 205. That fight stole the show. The second fight was a snoozefest, mostly because Wonderboy chased Woodley around the Octagon for five rounds. We take part of the blame since we didn’t pull the trigger often enough. Since then we feel like we are being moved out of title contention. Not saying that’s the case but it sure looks that way. What happened to the rankings?”

Lawler is already set to face Rafael dos Anjos. Carlos Condit has a bout coming up against Neil Magny. With that said, the options for fighters trying to crack the title picture are slim, at best.

What’s Next for Covington?

There is nothing you can do but wait. White seems to be a fan of Covington, and will do what he can to keep the fighter’s rise going. At the same time, his interest in shooting Till to the top of the division could put a fork in the road for the American. The one thing going for him is the lack of interest from the Thompson camp, which opens the door to a big fight against Thompson or Till. He has done everything he can to get a shot at the champ, but that seems to be a long shot at the moment.

Fighting his good friend Masvidal could also be in the cards. However, it really does nothing for Covington, who is now ranked third and beat the fourth ranked fighter Demian Maia in a big way. After taking down the Brazilian legend, it would not be a smart move for Covington to move down. This is the same argument from the Thompson camp with regards to Till.

Covington is like the second coming of Josh Koscheck, a previous welterweight fighter who embraced a similar ‘heel’ role in the UFC. It got him title shots and big paydays, which seems to be the same goal for Covington. His antics during and after the Sao Paulo card is a great example. Despite some offended people. it’s the fight game, and we know what trash-talking can do for your career.

Depending on how the coming weeks play out, Covington could either get put on the back-burner, or get the matchup of his dreams. He is primed for a title run, but there is a lot more pieces that need to go his way. For now, Covington should talk his talk, and continue to walk his walk in the Octagon.