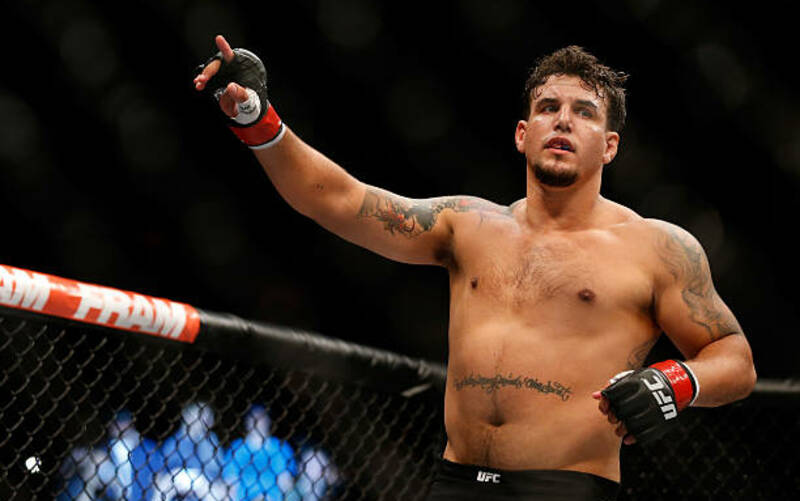 Yesterday, it was announced that Bellator MMA would be holding a blockbuster eight-man tournament over the course of 2018 to crown a new heavyweight champion.

The tournament will feature heavyweight legends, as well as light heavyweights looking to test their hand at heavyweight.

The tournament participants will be Fedor Emelianenko, Frank Mir, Matt Mitrione, Quinton Jackson, Roy Nelson, Ryan Bader, Chael Sonnen, and King Mo. This has all been confirmed, but no quarter-final match-ups had been announced.

Well, it looks like Frank Mir may have accidentally broken some news on his Phone Booth Fighting podcast.

Frank Mir says that the plan is for him to face Fedor Emelianenko in April in what will be a battle of legendary heavyweights.

Fedor Emelianenko is widely regarded as the greatest heavyweight of all time, if not the greatest fighter of all time. The Russian had won two-straight after coming back from retirement in 2015. Stopping Jaideep Singh without much trouble before an all-out war with Fabio Maldonado. In his most recent outing, Emelianenko made his Bellator MMA debut at Madison Square Garden against Matt Mitrione.

Following a crazy double-knockdown, Mitrione pounced on a grounded Fedor to stop the legend just 74-seconds into the fight. With both men in the eight-man tournament, a rematch could be possible… as long as Fedor gets past Mir first.

Frank Mir has not fought outside of the promotion since he was 2-0 in 2001. But that is about to change. The former heavyweight champion is widely regarded as one of the best ground-specialists the division has ever seen.

Throughout his career, he has picked up some incredible submission wins over the likes of Brock Lesnar, Tim Sylvia, and Antonio Nogueira. The grappler has shown knockout power in the past against the likes of Todd Duffee, Antonio Silva and another legend in the form of Mirko Cro Cop. In fact, the last time the submission expert showed off that grappling was at UFC 140 in 2011, breaking Nogueira’s arm in Toronto. Whereas both of his most recent wins are the KO victories over Duffee and Silva – both in 2015.

He has not competed since a March 2016 loss to Mark Hunt.

This is one of four future match-ups to be announced for the eight-man tournament.

Expect other announced to be made in the coming weeks, as the tournament is set to begin in early 2018.