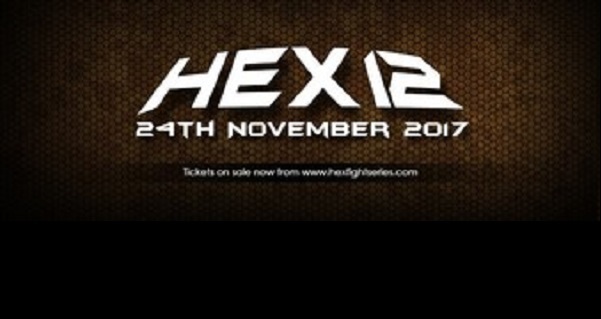 Hex Fight Series presents their 12th event later this week. The Australian Promotion presents Hex Fight Series 12 live from the Melbourne Pavillion in Melbourne, Australia on November 24th. While the full fight card features nine fights, we will take you through the headliners.

Crute is currently a very hot prospect in the light-heavyweight division and has already been in contact with the UFC. He is the current HEX Fight Series champion and will make his first title defense. He is 5-0 in his five fights with the promotion. Crute will look to take this fight to the mat as he is solely a BJJ fighter. Once it’s on the mat, Crute is extremely dangerous.

Crute will take on 11-fight veteran Steven Warby, who is looking to derail the hype train. Despite being the underdog here, Warby is a respected fighter with only two losses in his career. One of those losses came at the hands of current UFC fighter Tyson Pedro. Warby and Crute have opposite styles. Warby is a striker with heavy hands. He will look to make it two in a row and get on the UFC’s radar with a win over Crute. In an interesting bout with a striker vs a wrestler/jiu-jitsu expert.

In another championship bout, champ Callan Potter is looking to make his first title defense. He is also looking for a seventh consecutive win. Potter is also the Eternal MMA Lightweight champion. He already defended that title in his last bout in October. In 15 career wins, Potter holds nine submission victories and six TKOs. Obviously, the mat is where Potter wants to be but don’t sleep on his stand-up, he has power in his hands and has finished three fights with a kick.

Becker doesn’t even have half the experience as Potter, but what he does have is an undefeated record. Becker, much like Potter, likes to take the fight to the mat and fight for submissions and position. This is a very tough fighter taking on another grappler who has a lot more experience. All-around, this is a huge step up in competition for Becker. With both fighters on six fight win streaks, the winner of this fight could attract the attention of the UFC.

The Middleweight Title is currently vacant, and the winner of this fight will take it home. All the eyes are on superstar and top prospect Israel “The Style Bender” Adesanya. Adesanya is very well known for his time in kickboxing, particularly in Glory. He boasts a career kickboxing record of 65-5-2. In MMA, Adesanya is already making waves, holding an undefeated record. He scored a big win in his last bout, finishing well-known veteran Melvin Guillard via TKO in the first round.

Dare has fought some solid competition on the Austrailian scene and is at the hottest point in his career with three consecutive wins. Adesanya may be considered the biggest favorite on the card as Dare is a good grappler but likes to test the waters on the feet. That is a bad idea against Adesanya. If Adesanya wins expect him to get an offer from the UFC. He has gotten previous offers but things did not work out.

Walton is 0-1. That loss is to the well-known Austrailian and ex-UFC fighter Dylan Andrews. Walton is taking this fight on short notice, and his only fight was in 2007. He was previously scheduled to fight Vake last year, but that fell through.  This match makes up for it.

Vake is the big favorite. He has much more experience and strong overall skills. Vake has a background in wrestling and a blue belt in BJJ. Walton isn’t counted out as no one really knows what he has to offer, but he has a giant leap ahead of him.

Ettia is a rising up and comer that is looking to make a splash on the Austrailian scene and stay undefeated. Ettia has a ground game if the fight was to hit the mat. However, he also has the nickname “Lights Out” for a reason. He has fight-stopping power in both hands.

Atzori, despite his mediocre record, he has fought some of the best fighters in Austrailia. Atzori lacks in areas Ettia could exploit. This is Ettia’s fight to win and it would be a huge step backward if he was to lose.

It is a very interesting and important fight for the future of these young heavyweights. Maea is only 3-0, but in the MMA world you look for these young undefeated fighters and hope they are the real deal. Maea is what you expect in a typical heavyweight. He has good striking and heavy hands. Sosoli is 4-2 but many think he should be 5-1 as he lost a controversial decision loss to Kelvin Fitial in March at PXC 56. Sosoli is well rounded and very technical sound. He is also a very intelligent fighter. Most of the attention will be on Maea but Sosoli is no joke and can not be counted out.

Oshiro, the native out of Japan, will make his debut in Austrailia and look to get three consecutive wins. Oshiro is a hard guy to find footage on but is said to be a strong wrestler. Camp, a Guam native, is also making his Australian debut. He is in the best form of his career, riding a three-fight win streak. Many think he will make that four here. Camp has big power in his hands and is a purple belt in BJJ.

Aguilera was looking like a solid prospect but lost his last bout by unanimous decision, setting him back. Aguilera has a 100% finish rate in his four wins. He is an extremely dangerous fighter. He can hold his own if the fight goes to the mat, but is best on his feet. Aguilera has the kicks, knees, and hands to be dangerous. Many fans have not yet paid attention to Murdoch, 1-1 record. He is also coming off a win in August of this year. Aguilera is the favorite here, but a win would make a name for Murdoch.

Both fighters are in a shallow division, and both are looking to stay undefeated. He looks to move up the ladder to prospect status with a win here. O’Connor made a nice debut in September, dropping his opponent twice with his hands and winning by TKO. Lockett would do the opposite. He got the finish on the mat with a triangle in his first fight. This fight will be a clash of styles in a fight that can go either way.

ONE: A New Breed III Preview