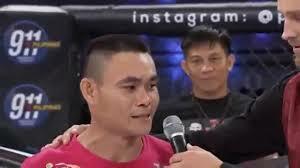 Bantamweight Stephen Loman made history at Brave 9: The Kingdom of Champions when he became the first-ever divisional titleholder after knocking out Gurdarshan Mangat in the first round. While his performance was picture-perfect, “The Sniper” admitted he felt extra pressure to succeed after his teammate and former MMA champion Eduard Folayang lost his title a week before his own fight against Mangat.

Loman and Folayang, along with Brave fighter Jeremy Pacatiw, are the biggest MMA fighters out of Philippines and “The Sniper” says the country couldn’t stay too long without a champion and says he has been feeling the love from his fellow countrymen, the kababayans, while on a mini-tour to show his new belt around.

“The loss of my idol and friend Eduard affected me of course. But it was on an emotional level. After he lost his belt, I knew I had to win the Brave title and I had a lot of pressure on my shoulders. But I just kept focused on the main goal and on winning the fight. I was ecstatic about the win because I knew my kababayans would be proud of my success and I’ve been feeling their love since I came back. I’ve done interviews, a little tour to show my belt around and he’ll be in my hometown”, says the new champion, who was invited by the Filipino ambassador in Bahrain for a celebration after his sensational title win.

“After my fight, the Filipino ambassador, Mr. Alfonso A. Ver, had a celebration in the morning together with our community in Bahrain and we took lots of pictures with everyone, it was a great time and very rewarding to make everyone happy”.

After reaching his initial goal with Brave Combat Federation, Loman turns his attention to defending his world title as several Bantamweight contenders wait on the wings for a shot at his belt.

“Getting the belt was great, I was very happy but now I have to defend it. I rested a little bit but I’m getting back to the gym soon and I’m very excited for that phone call to hear who I’m fighting next, as soon as possible. I want to defend the Brave title for a long time. It is my responsibility as champion to defend my title so I’ll do everything in my power to stay a world champ”. 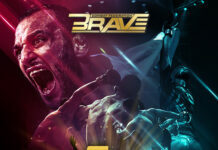 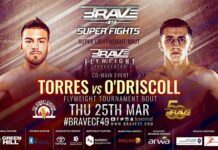 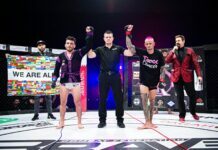