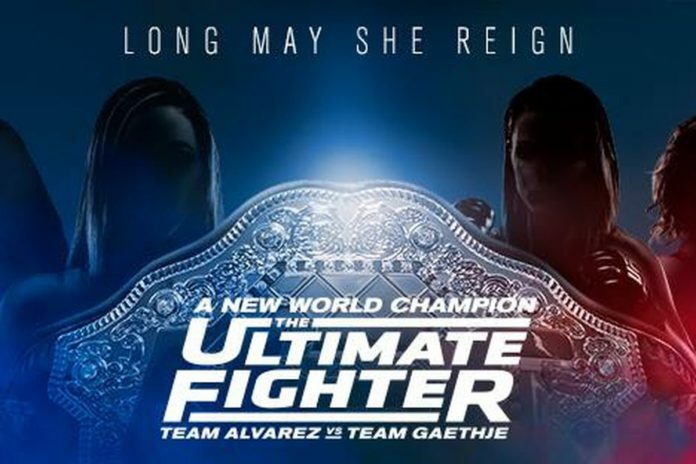 Part one of a UFC doubleheader, The Ultimate Fighter Season 26 Finale goes down live this Friday at the Park Theater in Las Vegas, NV. The card will be headlined by the final match-up of TUF 26. That means Nicco Montano will take on the winner of this week’s fight, Roxanne Modafferi or Sijara Eubanks. Still, there will always be people on a fight card who need help with walkout music. That’s why I’m here. As MMASucka.com’s resident musicologist, I can help these wayward fighters find something to help them better stand out. I’ll even do it publicly for you, the fans. So, without further ado, here… We… Go!

What she last walked out to: “Fairy Tail Main Theme” – Yasuharu Takanashi

Quality of walkout music has never been an issue for “The Happy Warrior” Roxanne Modafferi. Her anime-inspired walkouts are part of what sets her apart from the pack. This time, I merely have a suggestion based on her likely achieving her dream of returning to the UFC. I can’t say 100% because as of press time, her semi-final fight on TUF 26 against Sijara Eubanks has yet to happen. So, with that said, I can’t help but think that “Go!!!” by Japanese rockers Flow, which many might know as an opening song for the Naruto anime, would be appropriate. The whole chorus about “Fighting dreamers” sums up Roxanne to a tee, and the upbeat vibe of the song mirrors her personality. Listen below.

What he last walked out to: “Stranglehold” – Ted Nugent

What he should walk out to next: “Rear Naked Choke” – Snowgoons feat. Viro the Virus

Sorry, Andrew Sanchez. “Stranglehold” belongs to Joe Benavidez, and will continue to be his walkout song until five years after his retirement from competition. Now, you want a song about chokes. I got you, “El Dirte.” I got you. You know I’m not going to let you down. Check this out, it’s “Rear Naked Choke,” by Snowgoons and Viro the Virus. It’s literally named after what you used to win your first two pro fights with. It’s fate, man. And it’s got dat beat. Check it out below, see for yourself.

Keep it locked to MMASucka.com for more on the TUF 26 Finale, along with more high-quality MMA news and opinion!