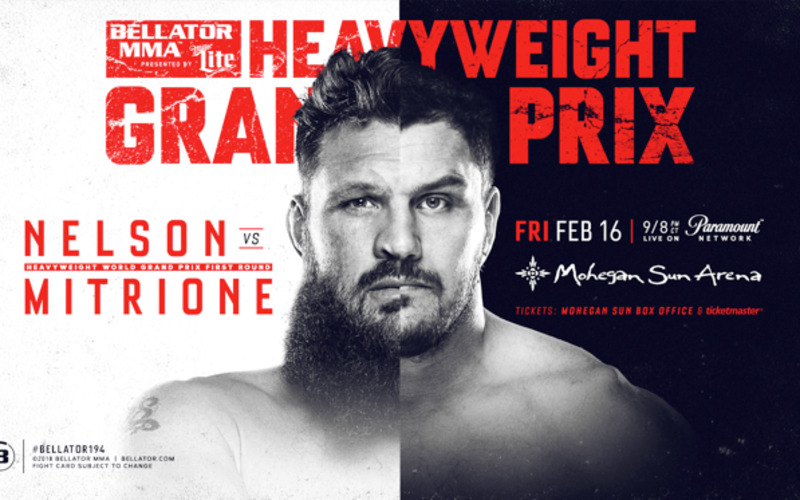 The second fight of the 2018 Bellator MMA Heavyweight Grand-Prix has been announced! The quarter-final match-up pits Roy Nelson vs. Matt Mitrione in a heavyweight rematch to determine who advances to the semi-finals of the grand-prix.

Nelson (23-14) enters the match-up following a successful promotional debut vs. Javy Ayala in September. During his 19-fight UFC stint, he faced Matt Mitrione in 2012. Nelson won via first-round knockout.

Mitrione (12-5) is a perfect 3-0 in Bellator MMA since joining the promotion in 2016 after a 14-fight run in the UFC. All three of his Bellator wins came by way of KO; including a massive 74-second win vs. Fedor Emelianenko in June.

Mitrione looks to get revenge on Nelson after losing the short-notice fight back in 2012. Mitrione replaced an injured Shane Carwin.

Bellator 194 is slated to take place on February 16 at the Mohegan Sun Arena in Uncasville, Connecticut.

There are no other bouts confirmed for the card as of writing this.

In terms of the rest of the grand-prix quarter-finals; Quinton Jackson and Chael Sonnen will face each other at Bellator 192 in January. Fedor Emelianenko will face Frank Mir, and light heavyweight champion Ryan Bader will face King Mo. Neither of those two fights has a date/event set yet.