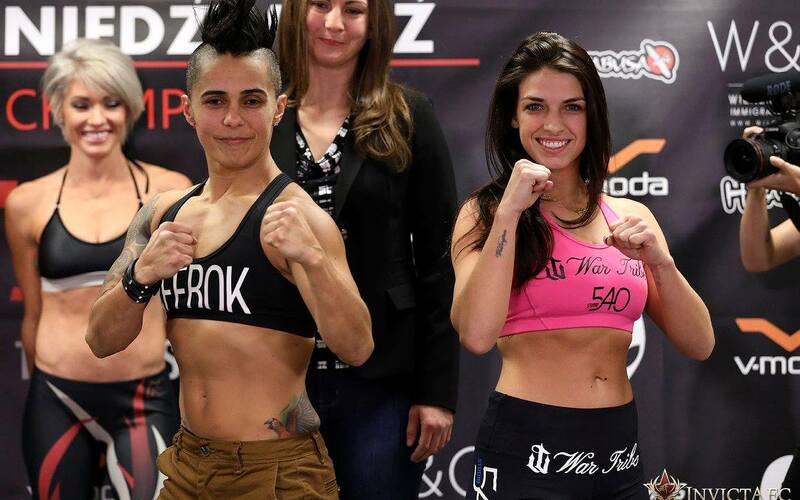 Mackenzie Dern made good on the toughest test of her career on Friday night at Invicta FC 26.

The Brazilian Jiu-Jitsu phenom submitted Kaline Medeiros (8-6) with a third round armbar to improve to 5-0 in MMA. The win marked Dern’s first victory under the Invicta FC banner.

The newcomer showcased improved striking en route to likely winning the first two rounds of the fight. The undefeated fighter was able to land several hard strikes on Medeiros throughout the first 10 minutes.

At the 1:30 mark of the second round, Dern tripped Medeiros to the ground. She quickly transitioned, gained the dominant position and landed heavy ground and pound, but was unable to lock in a submission. That wasn’t the case in the final frame.

Medeiros was on her way to winning the last round through the clinch before Dern grounded her again. This time, she isolated Medeiros’ arm and snatched the armbar with 15 seconds remaining in the bout.

“As long as the next step is better than the last,” Dern said in the ring following her win. “I just want to keep moving forward so I’m very happy.”

She has progressively improved her striking with each bout, so her statement rings true. She’ll look to build on that performance with whomever Invicta gives her next.