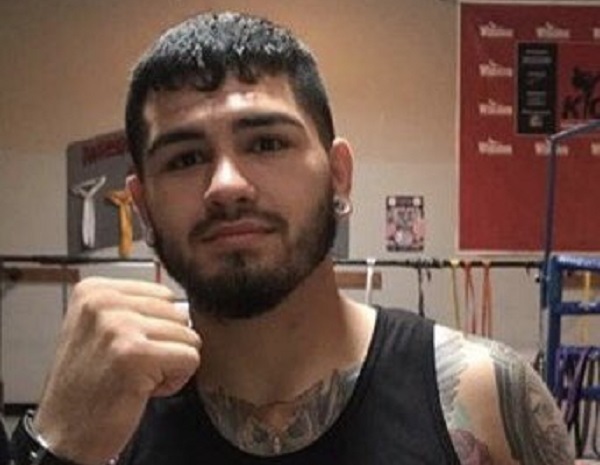 On December 6th of this year, feeder league Legacy Fighting Alliance (LFA) announced the signing of top middleweight prospect Anthony Hernandez. Hernandez, 24, is currently 5-0 with a 100% finish rate. On top of that, all of his finishes have come inside the first round. His longest fight going just 3:30. Hernandez trains out of a solid camp in MMA Gold Fight Team. It is there he joins fellow prospects in Sam Toomer, Josh Paiva, and Jack Duffy. The camp also boasts two UFC fighters in Max Griffin and Aspen Ladd.

Hernandez only has five professional fights but he has looked stellar. He has a great future going ahead. His stand up is good he has solid boxing skills. Hernandez has a good jab that he uses and also feints with, creating openings with bigger strikes. He also has a good right hook right uppercut he throws often and in the clinch. He does an excellent job at landing an elbow on the break of a clinch. Hernandez has shown power in his hands. He is able to end the fight with one punch. However, he mainly focuses on touching his opponent not loading up on one punch.

He has some good wrestling skills but most of his takedowns come from the clinch with trip takedowns and even some hip throws. On the mat, he is a big threat with the choke with a very good arm in guillotine and overall. He is just as good getting the submission standing as his instinct on the choke is his best weapon

Anthony Hernandes will take on another top middleweight prospect in Brendan Allen, they will square off January 26th live on AXS.TV for the Middleweight title in the main event. Both these guys are top notch prospects and the winner could likely get them signed to the UFC. This year alone the UFC has signed three former LFA champions in Trevin Giles, Eryk Anders, and Markus Perez so this could mark the very first signing of the 2018 year.