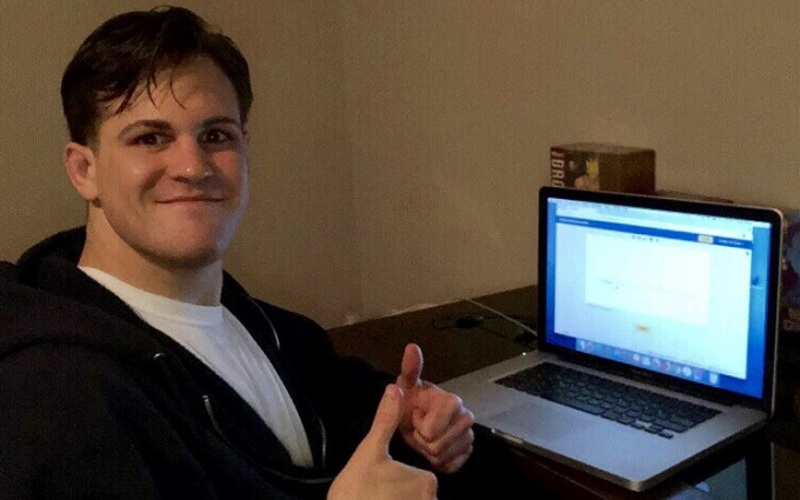 On December 6th of this year, feeder league Legacy Fighting Alliance (LFA) announced the signing of top middleweight prospect Jordan Wright. A product out of the famous camp in Jackson Wink MMA, this undefeated (8-0) prospect is an excellent addition to LFA.

Wright has a background in kickboxing, bringing it into his MMA career by winning a few of his fights by a head kick. His grappling is even better in my opinion, he has good wrestling skills and has the ability to take the back or get into mount easily. “The Beverly Hills Ninja” might seem like a familiar name to the more hardcore fans as Wright has fought for Alaska Fighting Championship (AFC) in his last two fights exclusively on UFC Fight Pass.

Jordan Wright will take on Craig Wilkerson who will also be making his official LFA debut January 12th live on AXS.TV. Wilkerson is also someone that has some eyes on him as he is 7-3 and on a 3 fight win streak and trains out of a great camp in Black House MMA. This will be a highly contested fight for both guys but Wilkerson hasn’t taken a fight in a little over two years.

Blue collar man(23 years old) from Harlan Kentucky, US. I love the sport of MMA and love to watch the sport grow throughout the years. My strong interest is in prospects, I love to watch up and comers and give them the spotlight as they are the future of the sport.