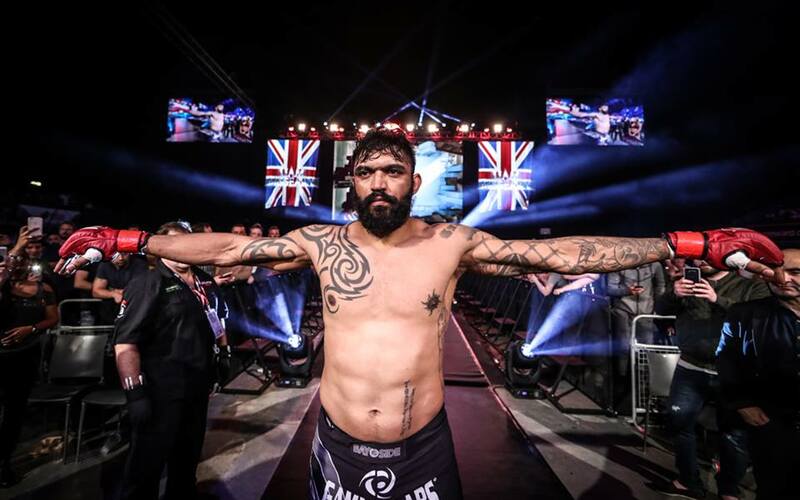 A pivotal and highly intriguing light heavyweight contest has been added to Bellator MMA’s February visit to Uncasville, Connecticut.

Fighting out of New Jersey by way of Norfolk, England; Liam McGeary (12-2) will return to the Bellator MMA cage after being forced out of his previously booked match-up at Bellator 185.

Originally set to fight King Mo at the aforementioned show in October of 2017, Mo was forced out of the contest as the event drew closer due to injury. In his place stepped TUF 17 alumni Bubba McDaniel. Unfortunately, it was then McGeary who had to pull out of the bout due to injury, scrapping the fight and postponing his return to action.

In his last outing, McGeary took on multiple time title-challenger Linton Vassell at Bellator 179 in London. Vassell picked up the win by way of third-round submission. Prior to this, McGeary rebounded from his world title loss to Phil Davis by stopping BAMMA light heavyweight title-holder Brett McDermott in the second round.

Opposite him at Bellator 194 will be one of the most talented prospects coming out of Russia, Team Fedor’s 25-year-old finisher; Vadim Nemkov (8-2).

After being a semi-finalist in RIZIN’s 2015 Grand-Prix, Nemkov returned the Japanese-based promotion in early 2016 and dropped a very close split decision against Swedish prospect Karl Albrektsson.

In his next outing, he stopped Mikołaj Różanski on the Fight Nights Global 50 undercard, a fight card that was headlined by Fedor Emelianenko and Fabio Maldonado. He then returned the RIZIN ring once more time and absolutely starched Alison Vicente in under a minute on December 29, 2016. Shortly after this, Bellator MMA wasted no time in signing the heavy-handed Russian.

In August of 2017, the light heavyweight made his debut against another prospect in the form of Brazil’s Philipe Lins. Nemkov needed just over three minutes to stop the Brazilian.

The only other bout confirmed for the card is one of Bellator’s Heavyweight Grand-Prix quarter-final match-ups. In a rematch of their 2012 meeting, Roy “Big Country” Nelson will face Matt Mitrione to determine who moves on in the tournament.

Bellator 194 is scheduled to take place at the Mohegan Sun Arena in Uncasville, Connecticut on February 16.

It seems as though the bout between Nelson and Mitrione will headline the show, with more bouts being announced in the very near future.