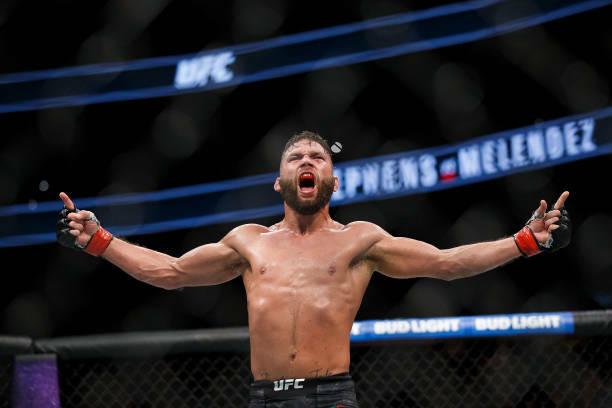 UFC St. Louis is a card most real MMA fans are excited for. Although the pacing on FS1 has been painfully slow (unless you’re into 20 minutes of commercials between fights), UFC St. Louis gives us a solid four fight main card, headlined by a banger featuring “Lil’ Heathen” (a ridiculous nickname that no one wants to use) Jeremy Stephens and The Korean Superboy, Doo Ho Choi.

In a display of fandom and analysis, I’ll pick who I want to win this Sunday for personal reasons, and who I think will win based on the stylistic matchup and objective factors. For fun, I’ll keep a running scoreboard throughout 2018 and see what yields better predictive results, my “heart”, or my “brain” (both are lacking in quality in this case.) Here’s my rundown on the main event.

Heart: As someone who just spent the better part of a day making his highlight reel, you could say I appreciate Jeremy Stephens. The book on Stephens is that he’s a heavy-handed brawler whose cardio and kickboxing game have come a long way in recent years. A lot of has been said about the UFC’s insistence in promoting him as a one shot knockout artist, when he has only stopped two opponents in his last ten fights. Among “hardcore” fans, I feel there’s a trend to become resentful of fighters the UFC misrepresents in promotion, or pushes too hard. So, to prove just how hardcore I am, I have become resentful in reverse, and become a Jeremy Stephens fan. It all began after Conor McGregor verbally eviscerated him at a UFC 205 presser. My sympathy for the man grew each day, seeing that casual fans truly did not know “who da fook” he was.

And then it happened.

We all know “your mom” is the king of comebacks, but posting a picture with Conor’s actual mother? A man after my own heart. In the cage, Stephens lives for violence, and recently showed a new wrinkle by crippling Gilbert Melendez with calf kicks. Let it be known that good low kickers make me weak. The Korean Superboy is a gem, but Jeremy Stephens has my heart this weekend.

Brain: It occurs to me a lot of people are picking this fight based on how Doo Ho Choi looked against a common opponent, Cub Swanson. It’s a fight that is rich with material to analyze on both men, as well as being an insane back and forth brawl for the ages. It would make sense then, that a similar brawl against a brick-fisted wild man like Stephens spells trouble for Choi.

Choi strikes me as a smart fighter, so I’m going to go out on a limb and say he employs a stick and move gameplan against Stephens, à la Renato Moicano. We’ve seen a great, long jab from Choi as well as some solid footwork and backwards counter punching to help employ this strategy. There will be plenty of exchanges where fists fly, but Stephens tends to swing wide and Choi’s guard is great for that style. Stephens will most likely be holding his hands low and marching forward, where Choi can walk him into hard straight punches to the head and body before retreating. I expect this one to go all five rounds, resulting in a decision victory for Choi.

FULL CARD PREDICTIONS (The fights I care about on the full card, that is.)
Heart vs. Brain
Uriah Hall vs. Vitor Belfort
HEART: MMA legend keeps trying to compete at the highest level in his 40s? I’ve seen this one before, and it’s not pretty. Vitor Belfort needs to retire ASAP, and unfortunately a thumping by Uriah Hall might be the best thing for him. Hall captured my heart early in his UFC career with his ridiculous kicks and laser beam punches, but he has quickly become a guy we can’t trust to show up in earnest on fight night.
BRAIN: If Hall can’t be confident against a chinny, hittable, over the hill Belfort, there’s no helping him. In his last fight Hall showed some life against Krzysztof Jotko, after losing three in a row to top contenders. Common sense says we see a knockout victory for Uriah Hall.

Paige VanZant vs. Jessica Rose-Clark
HEART: Like most MMA nerds, I’ve become resentful of PVZ after the UFC went all in on her promotion, perhaps even giving her opportunities others were more deserving of. I don’t want to be a jerk, but I am, so I’ll be actively rooting against Paige here.
BRAIN: Lord only knows why VanZant left small person powerhouse Team Alpha Male in favor of…Chael Sonnen? The one good thing I can say about this is that VanZant may get back to her dirty boxing, ground and pound approach to MMA that has earned most of her wins. Or she’ll dance around the outside and throw jumping switch kicks, that’s always an option.

Kamaru Usman vs. Emil Weber Meek
HEART: I’m torn. In terms of character, “Valhalla” is pure gold, check out this “Karate Kid” rendition of his upset win over Rousimar Palhares. Usman, however, might be the best welterweight in the world, and I want to see someone beat Tyron Woodley so bad. Welterweight is crazy competitive at the top right now, contenders can’t afford a loss, I’m with Kamaru Usman.
BRAIN: This is by no means an easy fight, but the striking matchup is competitive enough where I think the takedown can be there for Usman on a consistent basis.

Darren Elkins vs. Michael Johnson
HEART: Both of their bodies make me really uncomfortable. Elkins, with his pigeon-chest and a face only a mother could love. Johnson, rocking a wide torso (pending cut to 145) and skinny legs. I’m into this whole, Darren Elkins: surprise featherweight contender narrative, let’s keep it rolling.
BRAIN: As long as Johnson’s cardio holds up at 145, I think this is one beating Elkins doesn’t storm back from.

James Krause vs. Alex White
HEART: James Krause cares a lot about his hair, and apparently gets a pedicure before every fight. Do with that information what you will. When he’s on, his striking is rhythmic and smooth – I’m a fan.
BRAIN: White covers distance pretty well and has pretty solid offensive boxing, especially with straight long punches. Krause has looked sloppy lately, I see White making him pay.

Matt Frevola vs. Marco Polo Reyes
HEART: Go watch Polo Reyes vs. Dong Hyun Kim (No, the other one.) Do it now!
BRAIN: Frevola impressed on DWTNCS, but the strength of competition isn’t there yet for me. Marco Polo wins in a fight where both guys end up with swollen faces.

Thiago Alves vs. Zak Cummings
HEART: If you don’t love watching Thiago Alves fight we’re not friends. Or maybe I’m just over-enthused about leg kicks.
BRAIN: Cummings is a capable wrestler, an excellent ground fighter, and a sizable welterweight at 6 feet tall. At some point in this fight I’m expecting to see Alves taken down and snatched up in a choke, damn it. Even pitbulls get old.

Kyung Ho Kang vs. Guido Cannetti
HEART: Fresh off compulsory military service! “Mr. Perfect” not only has a sweet nickname, his fights tend to be dramatic, with various momentum shifts and clutch moments. Perhaps i’m misremembering, but wasn’t Cannetti a bit of a jerk on TUF: Latin America? It’s not like you watched any of TUF: Latin America.
BRAIN: He’s my boy for a reason guys, expect a ground clinic.

Tune in to UFC St. Louis: Stephens vs. Choi on Sunday, January 14th. We’ll find out if I should trust my heart, or my brain.