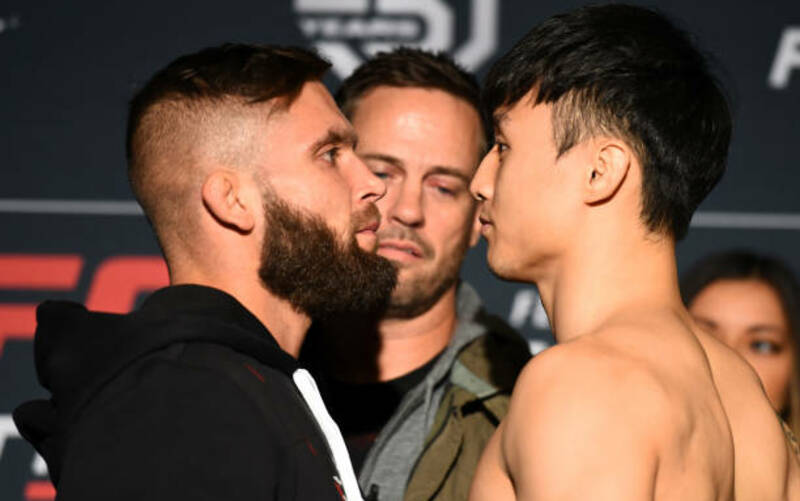 Here is an MMASucka exclusive and sneak peak of my podcast with comedian and fellow MMASucka writer Justin Wood.

Will Thiago Alves get his swagger back against Zak Cummings?

Will the ‘Steamrolla’ Matt Frevola live up to the hype against Marco Polo Reyes?

Hometown hero Michael Johnson attempts his first cut down to 145 pounds against a tough Darren Elkins. Will Johnson emerge as a new featherweight threat?

What will happen in a battle of future welterweight contenders when Kamaru Usman battles Emil Meek?

Paige VanZant makes her move up to flyweight against Jessica-Rose Clark – who literally just got robbed in Vegas!

We talk about Uriah Hall taking on Vitor Belfort in his swan song. Does Vitor have enough for one more spectacular showing?

In the main event, Jeremy Stephens takes on Doo Ho Choi for a battle of dominance in the 145 pound division.

Listen as Justin and I make our UFC St. Louis predictions for these fights, and more!

The full podcast will be out next week and can be found at: http://aaronsayswhat.com/podcast.html

Aaron Weinbaum is a businessman writer, and podcaster . He has been an MMA fan for over 25 years.

In addition to his already popular podcast, 'aaron says what??' - he now hosts a podcast called 'MMA Fight Picks.' You never know who's going to show up to pick fights - but I wouldn't place bets on his predictions.

Visit www.aaronsayswhat.com for social media links, ways to contact him, where he's been published, and podcast archive links.

The best emails / voicemails could show up on the next podcast.
​
Don't forget to leave a review on iTunes!