Jarrah Al-Silawi Eager to Put on Show at Brave 10 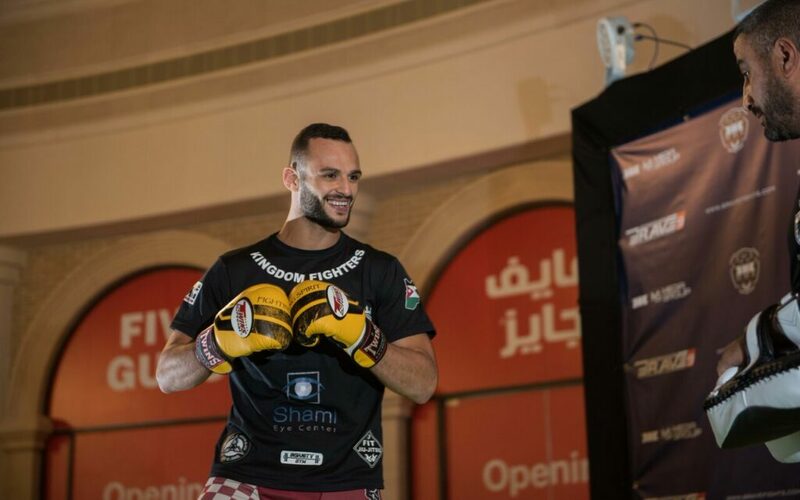 Welterweight contender Jarrah Al-Silawi is coming off the biggest win of his career after putting on a clinical performance against Carl Booth to avenge his first MMA loss back in November, at Brave 9. However, the Jordanian is gunning for his next fight and hopes to sign on to fight at Brave Combat Federation’s first show in his home country of Jordan.

Brave 10: The Kingdom Rises takes place on March 2nd at the Prince Hamzah Sports Hall in Amman, and Al-Silawi hopes to continue his winning streak in front of his enthusiastic fans.

Jarrah Al-Silawi Eager to Put on Show at Brave 10

“I’m very happy and excited to see Brave coming to Jordan, I can’t wait to see all the great fights at my country, and I’m ready to fight in Amman and continue my ascension to the top. I’m pleased Brave is paying attention to our fans and I hope to be on that card so I can put on another show”, says Al-Silawi.

“The Jordanian Lion” has three wins inside the Brave cage and, with his latest victory over former title contender Booth, after beating Erik Carlsson and Daniele Scatizzi, he feels unstoppable as a Welterweight and wants to put on another great performance to cement his status inside the division.

“Brave’s Welterweight division is full of great fighters, but none of them can stop me. No one can stand in my way. My goal is to continue to get better and make 2018 an unforgettable year, full of victories. I’m ready to fight and I’ll face anyone, I don’t care who they are, line them up and I’ll beat them”, completed the Jordanian fighter.