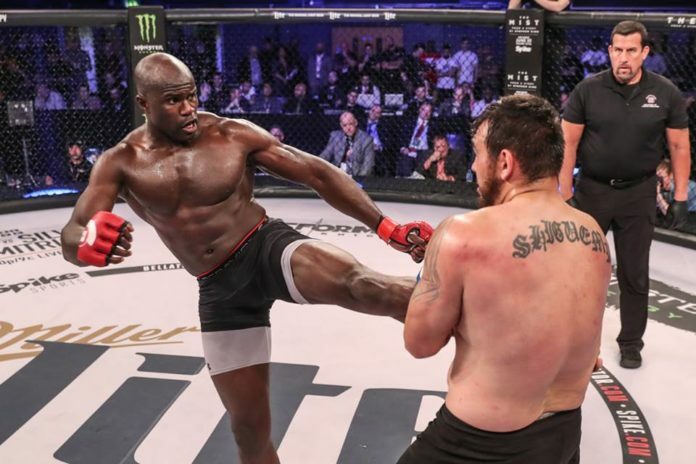 The eight-man tournament field was finalized months ago, but it wasn’t until now we had any information regarding the inevitable alternates.

Cheick Kongo (27-10-2) has won a very solid five straight fights, including wins over Augusto Sakai, Tony Johnson Jr., and Alexander Volkov. Despite the solid streak, Kongo has not picked up a win via finish since September of 2014 where he submitted Lavar Johnson. The 42-year-old seasoned heavyweight veteran will be on standby in case any grand-prix participant pulls out of their respective bout over the course of 2018.

The Frenchman has fought four of the eight tournament fighters, going 1-3 in the process. In late 2009, Kongo was dropped and quickly submitted by Frank Mir at UFC 107. At UFC 137 in October of 2011, Kongo picked up a very uneventful unanimous decision against a 5-0 Matt Mitrione. Two years later he was quickly knocked out by Roy Nelson at UFC 159, and early in his Bellator tenure, he dropped a split decision to “King Mo”.

Javy Ayala (10-6) most recently lost a very close unanimous decision to Roy Nelson in the co-main event of Bellator 183. Prior to this, the Californian picked up the biggest win of his career with a 16-second KO against heavyweight legend Sergei Kharitonov. That win marked his fifth under the Bellator banner, with all five of those being via finish.

Over the course of 2018, the Bellator Heavyweight Grand-Prix will take place. The first quarter-final took place last night at Bellator 192 with Chael Sonnen defeating Quinton “Rampage” Jackson by unanimous decision.

Sonnen will advance to the semi-finals and face the winner of Fedor Emelianenko vs. Frank Mir – which takes place in April. Next month another quarter-final match-up takes place in the form of a heavyweight rematch between Roy Nelson and Matt Mitrione.

At a later date, Ryan Bader will face “King Mo” in the last quarter-final. Cheick Kongo and Javy Ayala will be on standby throughout in case any fighter has to pull out of the tournament due to illness, injury, etc.

Whenever the final of the grand-prix takes place, it will crown a new Bellator MMA Heavyweight Champion. 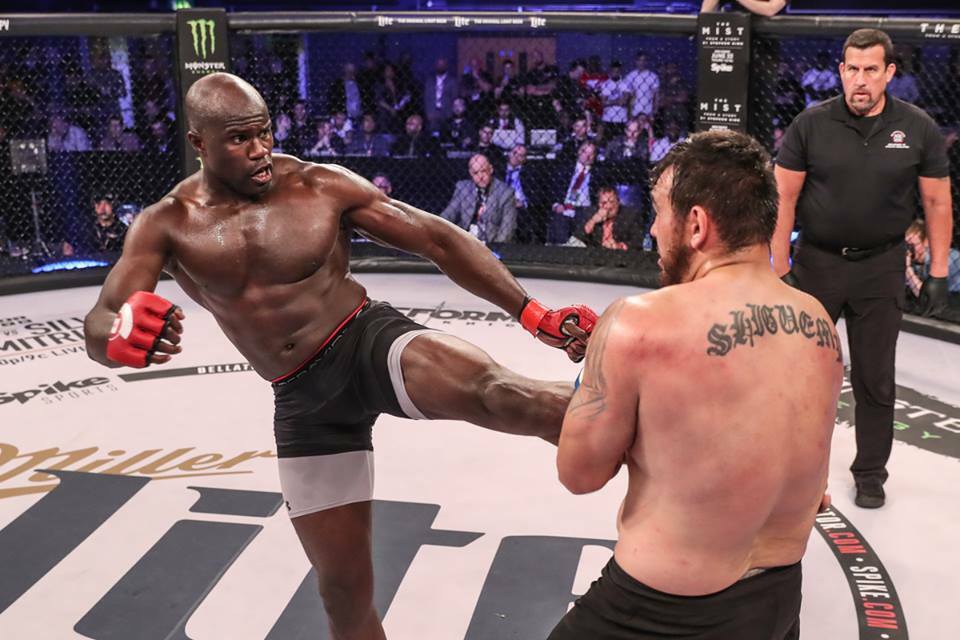