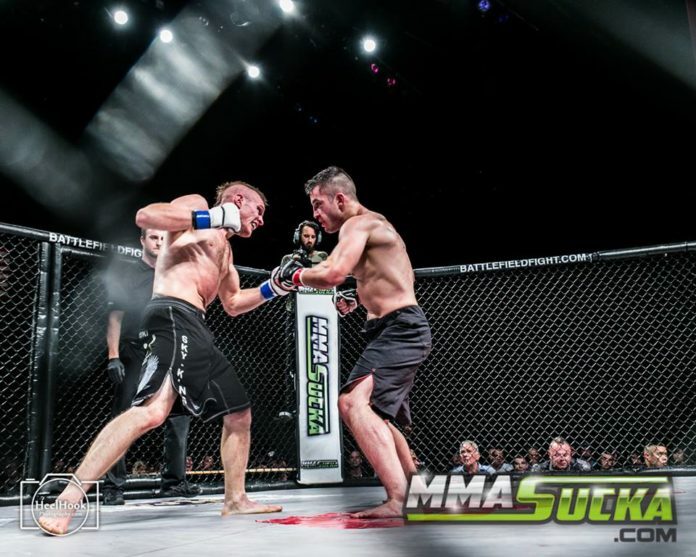 The news was announced on Monday morning and Kwiatkowski had a message, “Come the 17th, I’m stealing the show and his belt.”

Kwiatkowski (4-4) is a decorated amateur, that guarantees fireworks every single time he steps inside the cage. After going on a two-fight winning streak, Kwiatkowski is coming off a loss to James Yang at Ax Fighting 64. The 24-year-old will look to regain steam in the title fight against Cowie on March 17.

Cowie (6-1) is riding a three-fight winning streak, with all three fights happening in 2017. He won back to back title fights to close out the year. Cowie defeated Gwyn Berry at BFL 50 for the lightweight title. He vacated and dropped to featherweight, finishing Gio Platon at BFL 52. The champ has fought all of his amateur bouts under the BFL banner.

BFL 54 goes down on March 17 from the Hard Rock Casino in Coquitlam, British Columbia.

Stay tuned right here at MMA Sucka for more news and rumors, as well as videos highlighting the top fighters, commentators, coaches, promoters and other names in MMA and combat sports. We also bring you great offers on the latest MMA products and merchandise. You can also subscribe to our YouTube channel for regular updates and all the latest fight news. You can also check out our sister site, at TheFightBuzz.com for the latest from the world of MMA and other combat sports.