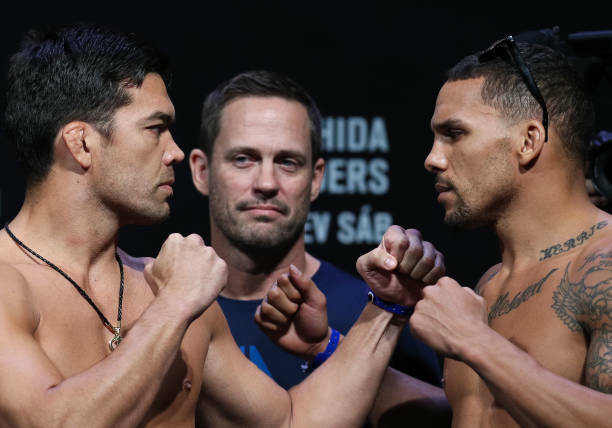 The UFC Octagon will be heading to Belem, Brazil in anticipation of a headliner in the middleweight division at UFC Fight Night 125.

The main event will see a highly motivated Lyoto Machida, who is currently on a three-fight losing streak and has lost four out of his last five fights. His opponent is undefeated Eryk Anders, who has a 60% knockout percentage and will look to expand his resume against the UFC great.

The six-fight main card features a co-main event of Valentina Schevchenko vs. Priscila Cachoeira. That fight will be followed by lightweight competition between Michel Prazeres vs. Desmond Green. Although the previous fighters do not feature the most prolific knockout percentages, heavyweights Timothy Johnson (55% knockout) and Marcelo Golm (83% knockout) will likely be one fight that delivers a knockout tonight. The last two fights will see Brazilian Douglas Silva de Andrade take on Marlon Vera, and middleweights Thiago Santos battling Anthony Smith.

Follow along with MMA Sucka as we provide live results throughout the entire card.

Deiveson Figueiredo def. Joseph Morales via TKO at 4:34 of Round 2