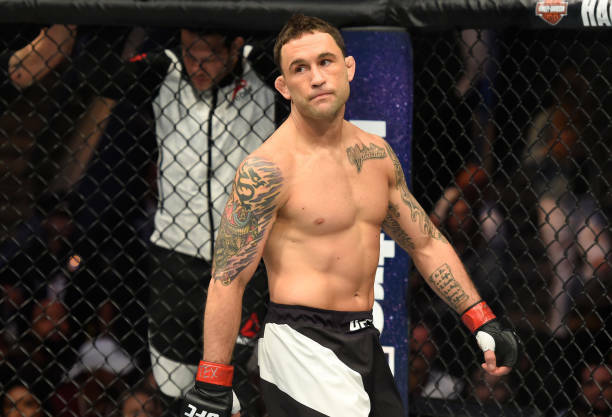 This show includes Frankie Edgar (22-5-1 MMA, 16-5-1 UFC) taking on Brian Ortega (13-0 MMA, 5-0 UFC) in the co-main event. A title eliminator to determine who will take on the current UFC Featherweight Champion Max Holloway after the latter was forced to pull out of the main-event with Edgar after suffering a leg injury.

The event was in a strange place after the champion Holloway suffered a leg injury. The inevitable rumors began that stated the pay-per-view event would instead turn into a free UFC Fight Night card.

As an answer to those rumors, the UFC quickly began to try and book another high-profile title fight in the main event. Rumblings began that TJ Dillashaw and Cody Garbrandt would meet in a bantamweight title rematch on four weeks notice.

This was quickly nicked when Dillashaw outright refused due to the fact he had not been training and simply didn’t believe Cody Garbrandt deserved the rematch. He vocalized this to ESPN’s Brett Okamoto.

Spoke to @TJDillashaw. UFC asked him to accept a rematch against Cody Garbrandt to headline 222. Here’s what he had to say about it. pic.twitter.com/esl4dBRYXe

Frankie Edgar remained adamant that he wanted to stay on the card, and he got his wish. He now fights Brian Ortega in one of the clearest title-eliminator fights in recent memory. He will no longer be in a five-round main event, however, as Cris Cyborg will face Yana Kunitskaya in a featherweight title defense in the main event.

Frankie “The Answer” Edgar is riding high following a decisive TKO victory over Yair Rodriguez at UFC 211 in Dallas, Texas. Opposite him will be Brian “T-City” Ortega who submitted featherweight veteran Cub Swanson in the main event of the UFC Fight Night 123 show held in Fresno, California.

Brian Ortega looks to remain undefeated at UFC 222 with a career-defining win over the legendary Frankie Edgar. “T-City” is undefeated in the UFC, with his only blemish being a No Contest against Mike De La Torre. A fight in which Ortega had won via submission, having the bout later overturned after testing positive for Drostanolone. Since then, however, he has won five-straight. Picking up three Fight of the Night bonuses and one Performance of the Night along the way.

Former UFC lightweight king; Frankie Edgar is riding a two-fight win streak following a second featherweight title loss to then-champion Jose Aldo at UFC 200. He followed up by defeating fellow UFC mainstay Jeremy Stephens at UFC 205 before thoroughly dominating rising star Yair Rodriguez at UFC 211 early last year. Edgar has undoubtedly cemented his place in the UFC Hall of Fame and is quite arguably the greatest lightweight to ever do it. The only person who has ever seriously ‘had his number’ at both lightweight and featherweight is longtime king Jose Aldo – who has lost twice to current UFC Featherweight Champion, Edgar’s original planned foe; Max Holloway.

Though not an official interim title bout, it is guaranteed that the winner of this contest will undoubtedly fight for the UFC Featherweight Championship in their next outing.

Who faces Max Holloway next? Find out when the UFC returns to the T-Mobile Arena in Las Vegas on March 3.