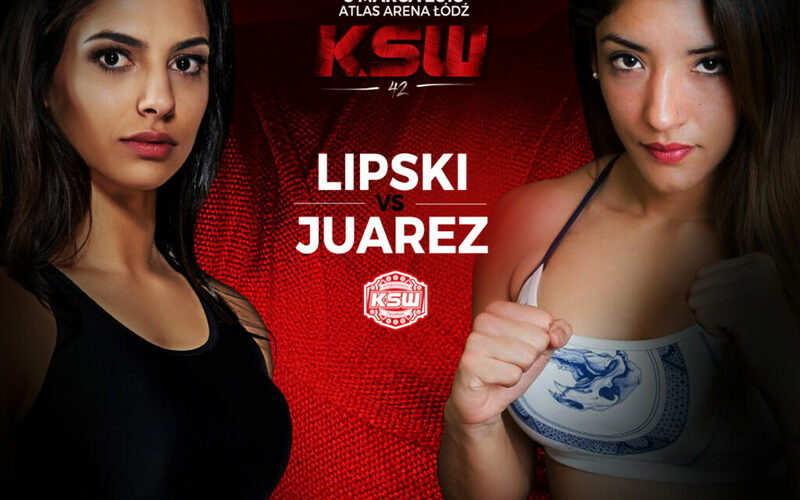 KSW brings another title fight to Lodz, Poland as reigning women’s flyweight champion Ariane Lipski (10-3) – “The Violence Queen” – returns to defend her strap against the dangerous Silvana Gomez Juarez at KSW 42 on March 3.

Lipski, who many consider the top female 125lb’er in the world, is riding a very impressive eight-fight win streak heading into this fight. Her trail of destruction includes stoppage wins over Sheila Gaff, Katarzyna Lubonska, Juliana Werner.

The 24-year-old won the KSW Women’s Flyweight Championship at KSW 39 last May in front almost 60,000 live in Warsaw, Poland. She submitted Diana Belbita in the first round of a damn near flawless victory. In her next outing, she made the first defense of her title, steamrolling through Mariana Morais in less than one minute at KSW 40.

Silvana Gomez Juarez (6-1) – “La Malvada” – enters the fight relatively unphased from the ‘mystique’ of Lipski. The Argentinean has a number of impressive finishes as well, registering submission wins over Bianca Daimoni and Mayerlin Rivas. Her sole loss was in a Jungle Fight title match in 2015, losing via TKO after 20-minutes vs. current UFC flyweight Poliana Botelho.

Juarez goes by the moniker “La Malvada”, translating to “The Evil Woman” or “The Wicked Woman”, which is oddly fitting for a hard-nosed fighter like herself.