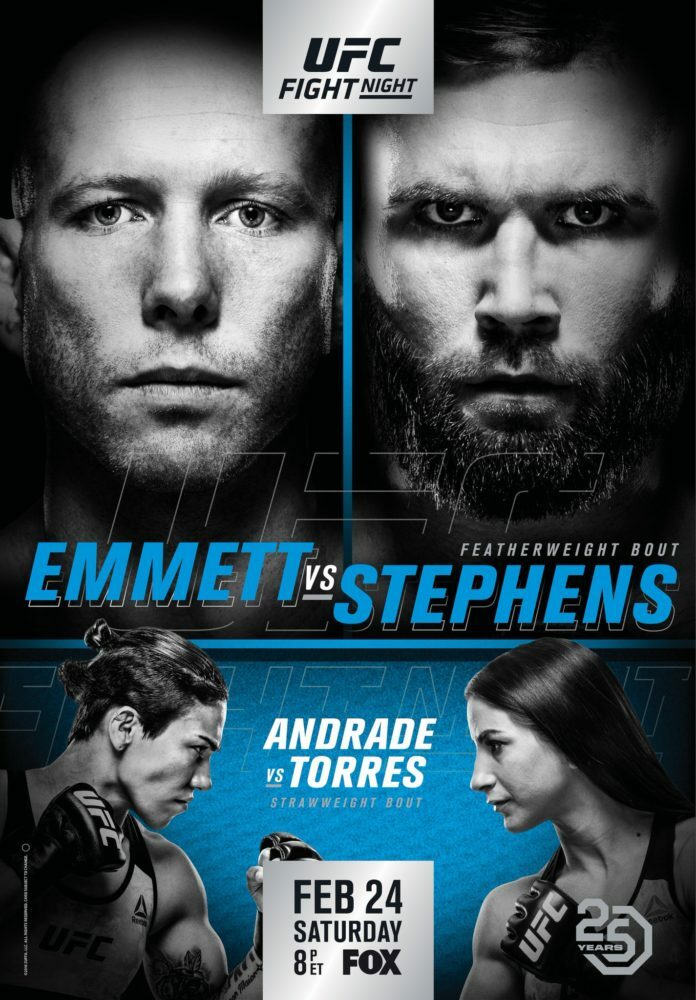 The UFC returns to FOX this weekend, live from the Amway Center in Orlando, FL. UFC on FOX 28 is headlined by a bout between surging featherweights Josh Emmett and Jeremy Stephenson. As with any FOX card, many fighters are trying to make an impact with the fans. With uniforms in place, it’s now harder than ever for those athletes to make a lasting impression. One of the few ways left to do so is with walkout music. However, many fighters pick samey-sounding songs, overused songs, or songs that don’t fit their personal brand. That’s where I come in. As MMASucka.com’s resident musicologist, I’m here to help these wayward fighters find better entrance music. So, without further ado, here… We… Go!

What he should walk out to next: “Asshole – Dennis Leary

Attempts at contrition on the MMA Hour not withstanding, “Platinum” Mike Perry has a built himself a reputation as an exciting fighter in the cage, but wholly unlikeable outside of it. So as much as he tries to associate himself with a gangsta image by walking out to the music of would-be thugs like L’il Wayne, there’s a song that better encapsulates him. That song is “Asshole,” the out-to-offend classic from world-renowned comic Dennis Leary. Most of you already know this song. For those that don’t, listen below and you’ll understand.

What he last walked out to: “Bout to Blow” – Empire Cast feat. Yazz & Timbaland

What he should walk out to next: “That Raw” – Torae

Eric Shelton’s last walkout suffered from the same problem that so many fighters’ have these days: It sounded too similar to what so many others are entering to. The contemporary hiphop sound, loaded with sleep-walking beats, auto-tuned singing and “homina-homina-homa” flows. For a fighter as slick on the ground as “Showtime,” something a little smoother is in order. Torae’s “That Raw” has the equal measures of polish and power that would be more fitting for Shelton. Give it a listen below.