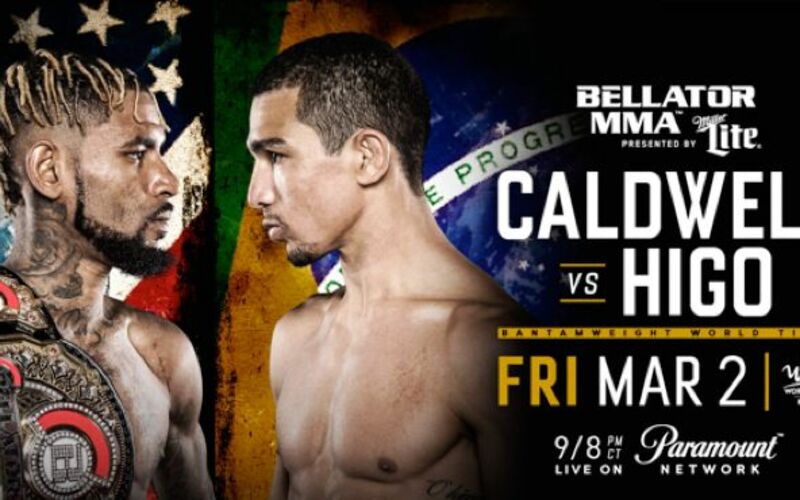 Bellator returns to Thackerville, Oklahoma tonight with a fun fight card going down live from the WinStar World Casino.

In the main event, Darrion Caldwell returns looking to make the first defense of bantamweight championship as he takes on Pitbull Brothers training partner Leandro Higo.

The co-main event sees the return of former champion Joe Warren as he takes on the only man to defeat Darrion Caldwell; Joe Taimanglo. Rounding out the main card will be flyweight action between Emily Ducote and Kristina Williams as well as the promotional debut of four-division King of the Cage titleholder Juan Archuleta.

The prelims feature Romero Cotton, Kevin Holland, and Cris Williams among others. Check out the full card below which will be updated with live results throughout. Watch the prelims here.