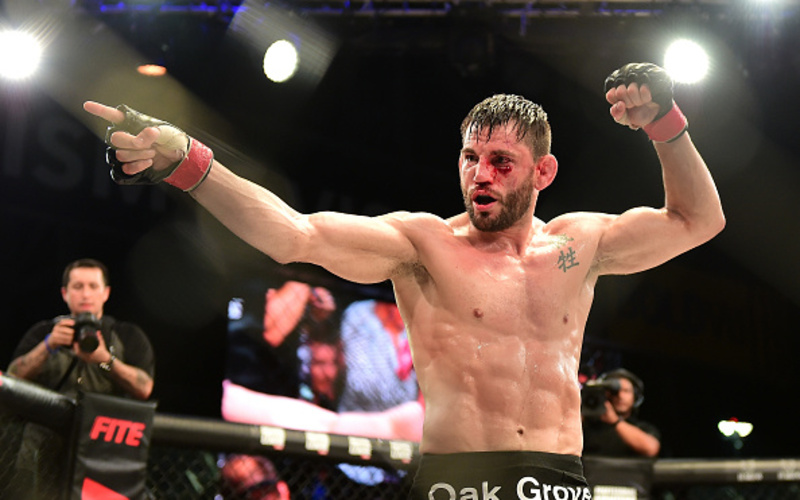 Jon Fitch’s free agency period didn’t last long. Just last month, he announced his contract with the Professional Fighters League had expired and that he was in negotiations to make the jump to Bellator MMA. Today, he  confirmed via his YouTube page that he has indeed signed with the San Jose based promotion, and will have news about his first opponent in the near future.

Jon Fitch has signed with Bellator

On the back of a four fight winning streak, which saw Fitch become the World Series of Fighting welterweight champion before being stripped after the promotion was rebranded to the PFL, the 39 year is an exciting addition to Bellator’s deepest weight class. Boasting the likes of Rory Macdonald, Douglas Lima, Lorenz Larkin and Paul Daley, there are no shortage of high-stakes match ups for the veteran, and it isn’t beyond the realm of possibility that he’s given an immediate title shot.

Fitch was infamously let go by the UFC in 2013 despite boasting a record of 14-3-1, and the following year banded with fellow UFC veterans Nate Quarry and Cung Le in bringing an antitrust lawsuit against the promotion’s parent company, Zuffa LLC. Fitch has also been an outspoken member of the Mixed Martial Arts Fighters Association, and has been involved in lobbying efforts to expand the Muhammad Ali Boxing Reform Act.

After his UFC release, Fitch signed with the WSOF and put together a 7-2 record. After losing in his promotional debut against Josh Burkman and falling victim to a knee-bar courtesy of Rousimar Palhares in his first bid for the WSOF title, he went on to win the vacant title after Palhares was stripped for unsportsmanlike conduct. He defended the title twice – including against fellow UFC veteran Jake Shields – before entering free agency.