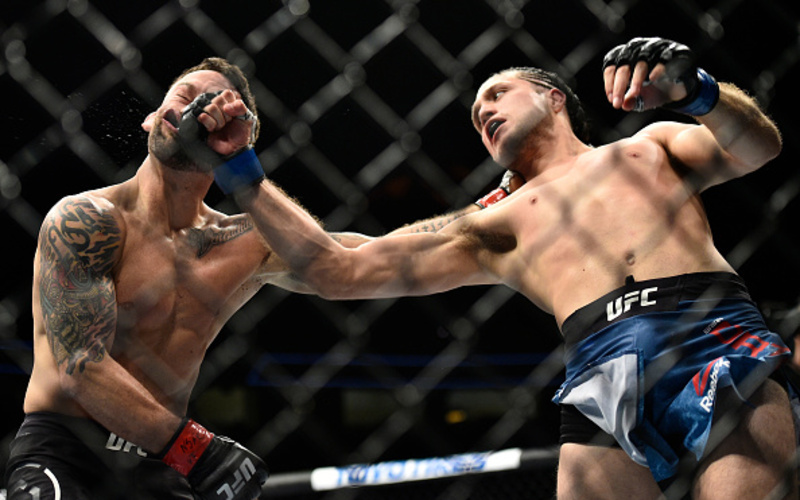 The co-main event at UFC 222 was one for the ages. Brian Ortega became the first man in MMA history to finish Frankie Edgar, and he did it in spectacular fashion. Check out the UFC 222 highlight from the Ortega vs. Edgar fight below.

Edgar was expected to take on UFC featherweight champion Max Holloway, however an injury forced the champ out of action. In stepped Ortega, and “T-City” made the most of the short notice opportunity.

Ortega has earned himself a title shot against the aforementioned Holloway.

“T-City” (14-0, 1NC) has gone 6-0, 1NC inside the Octagon. The Edgar fight is his most notable victory to date, however a submission victory over Cub Swanson at UFC Fight Night 123 pushed him into contention.