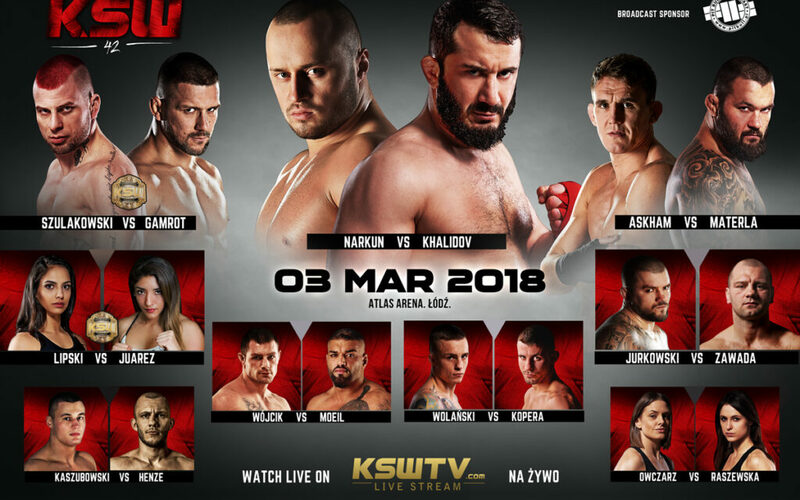 After over two months away, KSW returns today with a loaded KSW 42 card live from Lodz, Poland.

In the main event, it is champion vs. champion as reigning middleweight king Mamed Khalidov takes on light heavyweight titleholder Tomasz Narkun in a catchweight bout.

Check out the full fight card which will be updated with live results below, and buy the stacked PPV here!