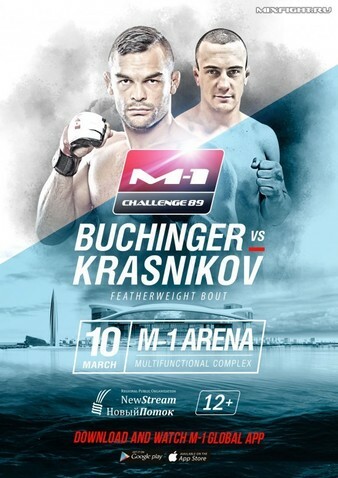 Following along with the M-1 Challenge 89 results right here on MMASucka!

Canada’s Chris Kelades was set to return on this card but was forced out due to VISA issues. Oleg Aduchiev takes a massive step-up in competition to replace him and face Vitali Branchuk.

The prelims feature a light heavyweight clash between Brendson Ribeiro and Denis Vygovsky. Also on the prelims will be a plethora of prospects from Russia, Israel, Bulgaria, Ukraine, Spain, Brazil, and Georgia.

Check out the full fight card below, including Fite TV streams to both the prelim and main card portion of the card! The fight card will be updated with live results throughout!

Denis Vygovsky def. Brendson Riveiro via Majority Decision
Ali Albogachiev def. Rasul Magomedov via KO (Punches) at 2:45 of Round 1
Nikita Solonin def. Elazar Tariku via TKO (Strikes) at 0:50 of Round 1
Ivan Kibala def. Daniel Vasquez via TKO (Strikes) at 4:18 of Round 2
Vazha Tsiptauri def. Dimitar Kostov via Submission (Guillotine Choke) at 2:20 of Round 2
Boris Medvedev def. Kirill Mazhara via TKO (Kick & Punches) at 1:33 of Round 2
Dmitry Novikov def. Mikhail Makogen via Submission (RNC) at 4:01 of Round 1