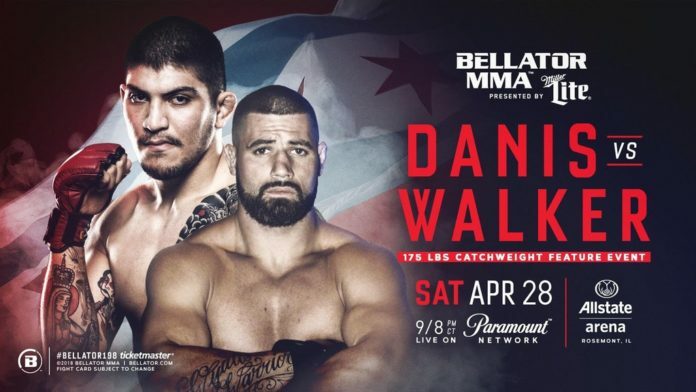 Under the tutelage of Marcelo Garcia at Alliance in New York, Dillon Danis (0-0) became an elite amongst BJJ athletes in a very short amount of time, winning the IBJJF World Championship in both Gi and No-Gi competition in 2014. He did so as a brown belt in BJJ but was shortly promoted to a black belt in 2015.

The next year, “El Jefe” took home the Pan-American No-Gi Championship. This garnered the attention of Conor McGregor, who enlisted Danis to help him train for his upcoming rematch with Nate Diaz in 2016. The association with McGregor undoubtedly earned Danis more attention ahead of his eventual contract signing with Bellator MMA in 2017. He remains settled in at SBG Ireland for his debut.

Opposite Danis will be an Illinois native in the form of Kyle Walker (2-4). After losing his pro debut, Walker quickly rebounded and won two-straight in 2013 before taking three years off.

Upon returning in October of 2016, Walker has lost three-straight via finish. He is a veteran of both Shamrock FC and King of the Cage and a win over Dillon Danis would do big things for his struggling mixed martial arts career.

Bellator 198 takes place at the AllState Arena in Rosemont, Illinois on April 28.

Check out the full card as it currently stands below!