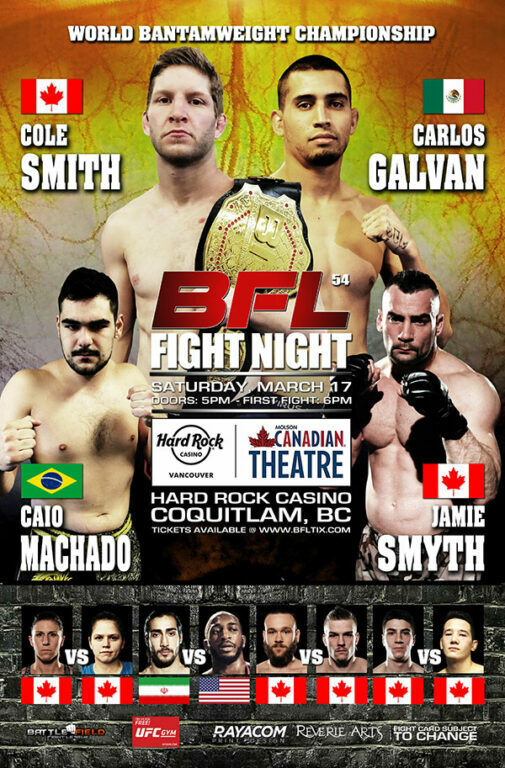 Battlefield Fight League returns for their first show of 2018. The card is expected to have fireworks from start to finish, and we will bring you BFL 54 results all night long.

The main event will feature a battle for the bantamweight title, as champ Cole Smith takes on American Carlos Galvan. A rematch between Jamie Smyth and Caio Machado is set for the evening’s co-main event.

Also featured on the BFL 54 fight card is the pro debut of Saeid Mirzaei, as he takes on 1-0 Eric McConico. Former BFL amateur champ Jamie-Lyn Horth will also make her pro debut, as she takes on Coralie Dixon.

Keep up with BFL 54 results

An amateur title fight will be the kick off the main card, as two-division champ Paul Cowie takes on BFL’s version of Donald Cerrone, Josh Kwiatkowski.

The BFL 54 fight card will also feature Muay Thai/Kickboxing and grappling action for the fans at the Hard Rock Casino in Coquitlam, British Columbia.

Check out full BFL 54 results below.