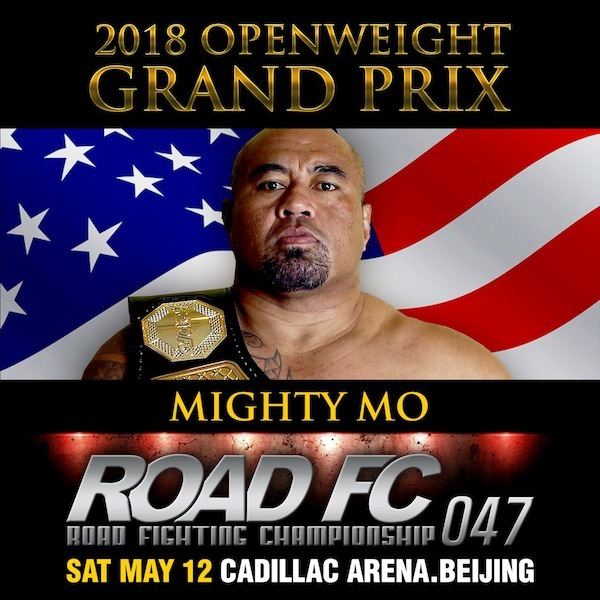 ROAD Fighting Championship has announced that ROAD FC 047 will take place at the 20,000-seat Cadillac Arena in Beijing, China on May 12, 2018. The opening round of the 8-man 2018 Openweight Grand Prix will be held. ROAD FC Openweight Champion Mighty Mo is announced as the sixth participant. 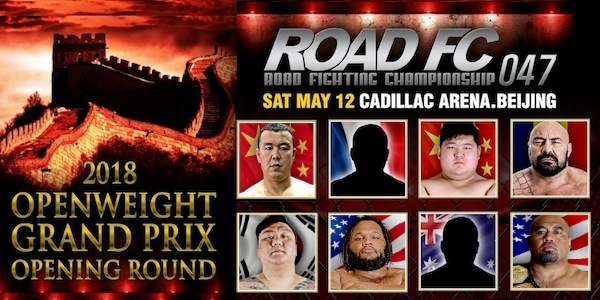 ROAD FC Openweight Champion Mighty Mo (12-5, Team Mighty Mo) is a two-time K1 Grand-Prix winner, and he’s also fought in DREAM and Bellator throughout his career. He made his ROAD FC debut in 2015 with a resounding 37-second KO over PRIDE veteran Choi Mu-Bae.

He then entered the first ROAD FC Openweight Tournament. Defeating Choi again via TKO, submitting Myung Hyun-Man, and stopping Hong Man Choi in the finals to be crowned champion. Since then, he has defended the strap two times.

Starting in 2018, ROAD FC will be ushering in Grand-Prix tournaments across multiple divisions, with annual tournaments producing yearly Grand-Prix Champions. Given the new format, Mighty Mo will be recognized as the first and final ROAD FC Openweight Champion and will continue to hold his rightfully won and defended belt.

Mighty Mo wishes to continue his domination of the best in ROAD FC and so he has signed on for the 2018 ROAD FC Openweight Grand Prix. Mo brings 130kgs of pure power into the cage with a 70% KO rate from his extensive kickboxing, boxing, and MMA records.

He is now the sixth member of the eight-man grand-prix. Two spots remain.