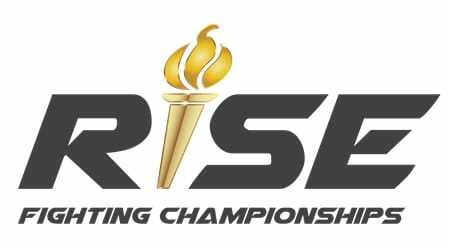 British Columbia has been home to many of the brightest, young prospects in Canadian MMA, but they have really only had one home. That is all about to change. A new promotion will start later this year and it’s called RISE FC.

Chilliwack, B.C. was once home to a promotion called Warpath. That is now defunct and is being rebranded as RISE FC, with a few changes.

Warpath MMA head honcho Darwin Douglas has joined forces with three others, including his wife, along with former MMA fighter Sabah Fadai and his wife.

“It’s a strong group with each of us bringing to the table an asset that really boosts the promotion,” said RISE FC President Fadai. “Darwin and I both had our first fight at the Tzeachtan Hall so it was a no brainer to have our show there and slowly expand to bigger venues in the future.”

When asked about the name of the promotion and why they needed to change from Warpath to Rise, the answer was simple.

“The name was empowering to me. We need to all rise and fight for something. Whether it’s for freedom, equality, or fight against racism. In this case our athletes need to rise and show the world that the stereotype of fighters being dumb and uneducated and disrespectful is wrong. We are athletes like any other professional athlete. We sacrifice greatly and work extremely hard and put our bodies through great deals to get inside the cage.”

RISE FC looks to be a breeding ground for B.C. MMA

As a fighter himself, Fadai knows what goes into getting inside the cage. The 32-year-old has fought a number of different promoters and has seen what fighters go through.

He is hoping his promotion can change the stereotype.

“I started this promotion because I see what goes on in the MMA world. I see the disrespect the fighters have to put up with. I see how we get treated unfairly. I was. So at RISE FC that will not happen. Not on my watch. I been there. It hurts. The fighters job is to come and put it on the line. Not sell tickets. That’s my job. Promoters haven’t figured it out. It’s martial arts. Where respect plays a HUGE factor. You treat your fighters with respect and guess what they will put it all on the line for you and in return the crowd is happy and satisfied and when you have a happy and satisfied crowd you got yourself a successful show. So it all starts with the fighters.”

The first show will be an all amateur affair, however as the events go on, Fadai and the RISE FC crew hopes to bring a proving ground for all combat athletes. Not just amateur MMA fighters, but professionals, kickboxers and jiu-jitsu practitioners as well.

Keep an eye on the RISE FC Facebook page for more on the upstart promotion and what their first card shapes into.