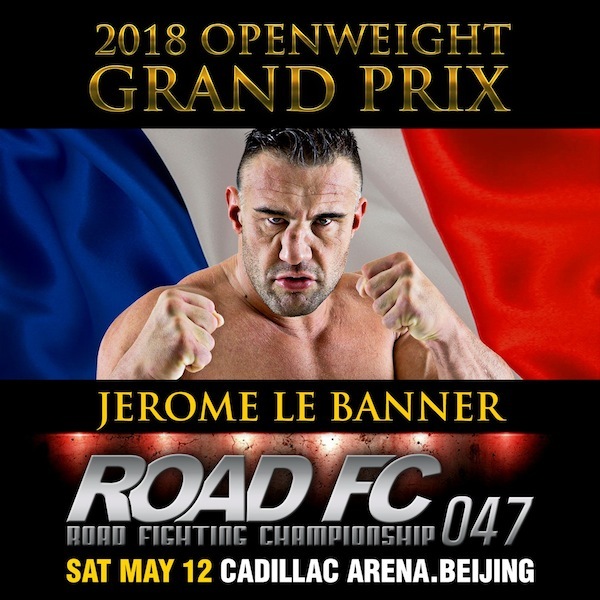 ROAD Fighting Championship has announced that Xiaomi ROAD FC 047 will take place at the 20,000-seat Cadillac Arena in Beijing, China on May 12, 2018. The opening round of the inaugural 8-man 2018 Openweight Grand Prix will be held. World-renowned legendary striker Jerome Le Banner is announced as the final participant.

Jerome Le Banner (3-3-1, Chakuriki Gym) of France is a decorated kickboxer with a 25-year chain of championships and tournaments totaling to an impressive record of 81-22-1. Although he started in judo as a boy, it was the impression of Bruce Lee which set him into the striking arts. Then from 1990 to 2015, Le Banner succeeded in winning title after title in Muay Thai, kickboxing and K-1 rules, including multiple ISKA championships and K-1 World Grand Prix tournaments.

The right-handed striker who stuck to a southpaw stance because of Bruce Lee has become a favorite to countless combat fans around the world through several generations. Le Banner has shared ring rivalries with the best of the best including Musashi, Ernesto Hoost, Remy Bojansky, Semmy Schilt, Gary Goodridge, and Mark Hunt.

Le Banner’s MMA foray has seen him face Sexyama and Satoshi Ishii. In boxing, he is undefeated at 6-0, and he’s even turned his hand at professional wrestling for IGF since 2011. Le Banner’s most recent fight was in RIZIN just at the end of 2017, and he’s planning on a quick return with his upcoming Grand Prix appearance. He will enter the ROAD FC cage as legitimate ring royalty, and there is no doubt his blazing right hook will once again shine! 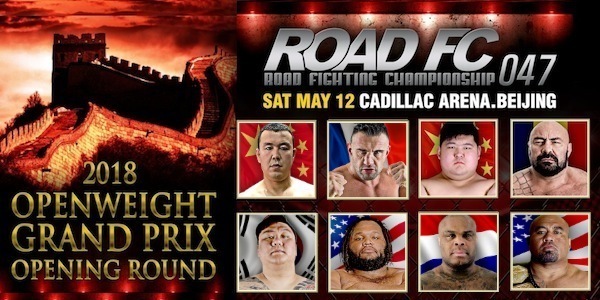 With the addition of the legendary JLB, the eight-man line-up is now complete!