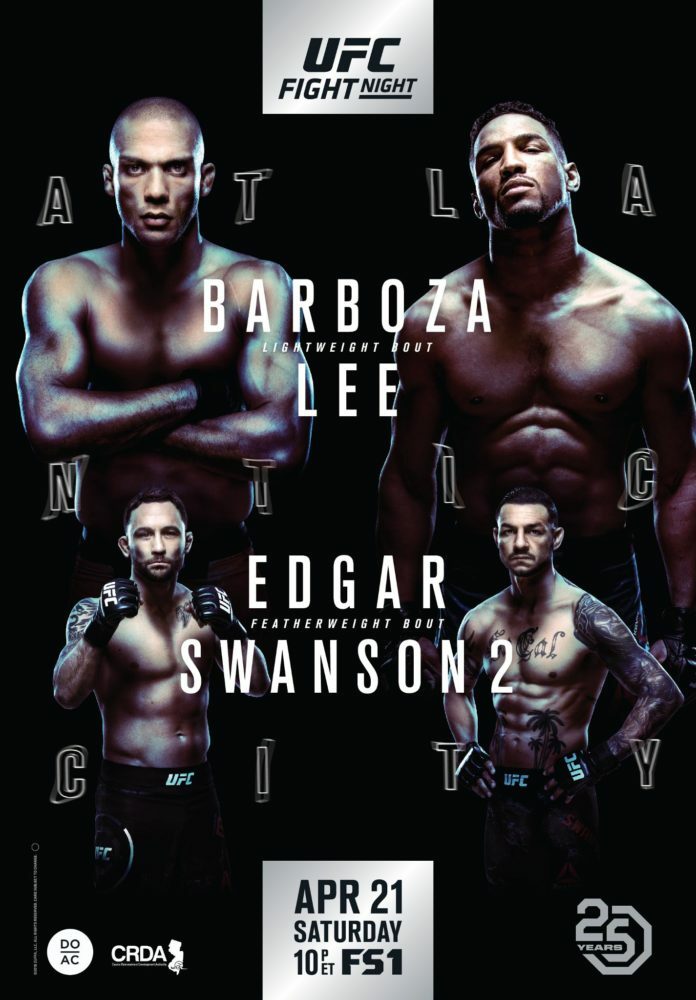 UFC Fight Night 128 is going down this Saturday! The event will happen live at the Jim Wheelen Boardwalk Hall in Atlantic City, NJ. In the main event, top lightweights Kevin Lee and Edson Barbosa will battle for supremacy. Former lightweight champ Frankie Edgar will look to rebound at featherweight against Cub Swanson in the co-main. As with many UFC events though, there are a lot of fighters who will need help selecting more memorable, on-brand entrances. As MMASucka.com’s resident musicologist, I can offer suggestions that will help fighters further stand out from the pack with their UFC Fight Night 128 walkout songs. I’m even posting them here for you, the discerning fans’, consideration. So, without further ado, here… We… Go!

What he last walked out to: “Wake + Bake/4 AM” – Machine Gun Kelly/2 Chains feat. Travis Scott

What he should walk out to next: “Power of the World (S Curls)” – Doctor Octagon

I don’t know what it is about “Killer” Cub Swanson. For as hard-hitting a fighter he is, his walkout music always seems to lack that same edge. His last walkout involving Machine Gun Kelly continued in that trend. If he needs a hard beat to walk out to, then Cub should be looking to a rapper like Doctor Octagon. His track “Power of the World” brings the fire with its beats the same way that Swanson brings it with his fists. You can hear it below.

What she last walked out to: “Welcome to JamRock” – Damian Marley

What she should walk out to next: “People’s Champ” – Arkells

Leslie “The Peacemaker” Smith has never actually had a bad walkout song. “Welcome to JamRock” is a solid walkout song, but it’s not Smith’s signature. She changes it up from fight to fight. Now that she’s leading the charge of Project Spearhead in an effort to improve overall working conditions for fighters in the UFC, she is a champion for her co-workers. A “People’s Champ,” if you will, just like the Arkells song I’m recommending for her here. And while this bouncy energetic song is a political screed, it’s one that falls in line with Smith’s values. She is the “People’s Champ” the band is looking for. You can hear it below.

Keep it locked to MMASucka.com for more on UFC Fight Night 128 and beyond!