On Saturday at UFC 224 in Rio de Janeiro, two Brazilian legends will face off in a matchup that Scott Coker would dream of. Aged veterans Lyoto Machida (23-8) and Vitor ‘The Phenom’ Belfort (26-13-1), are scheduled to put on a show for the fans.

Lyoto Machida vs. Vitor Belfort: Who will pull the trigger?

There is no denying that both men are legends and future hall of famers in the UFC. Despite this, each has very different plans for their future. Both Brazilians have had their recent share of ups and downs. Lyoto Machida is 2-3 in his last five bouts, while Belfort has been knocked out in 3 of his last four fights.

Machida, 39, still has his aspirations of acquiring the middleweight belt. “My focus is to add another win to my record, and to go up the rankings,” He told MMAJunkie in a recent interview. “I want to do four fights this year. Considering the breaks I plan to take, and how much time I’ll have, I think it would be a good number of bouts. My goal is to earn my way to another (title shot).”

Belfort, 41, is in a different mindset going into Saturday’s bout. In the UFC 224 Embedded: Episode Four he went on to say, “I’m just happy, you know? It couldn’t be better to finish in Rio de Janeiro, I’m very happy … This will be my last fight, I’ve put myself through a lot for the sport. And there’s a lot more for me to finish outside of the octagon. It’s time to close out this phase of my life.”

In their last few fights, both men have looked noticeably timid on pulling the trigger – the very skill that made them UFC champions.

While facing rising middleweight Eryk Anders in February, Lyoto Machida was unable to capitalize on crucial moments. When Anders tripped in the first round and remained on his back, Lyoto seemed to be in shock at the moment. Instead of bringing the fight to the ground in a dominant position, he instead half-heartedly kicked the downed Ander’s legs.

Furthermore, Anders throughout the fight showed too much respect to the aging karate master, yet Machida was unable to capitalize. Belfort, too, has been one step behind his recent competition. Since his title bout with Chris Weidman, Belfort has been unable to utilize his classically aggressive blitzing style. In his fight against rising star Kelvin Gastelum (14-3), Vitor looked like a deer in the headlights in the face of adversity.

Simply put, this will be a fight for whoever can bite down on their mouthpiece and capitalize on moments of hesitation from their opponent. Will the old phenom Belfort end his UFC career with a win over an aged dragon, or will karate-master Machida show allusions to his former self with a swift knockout? 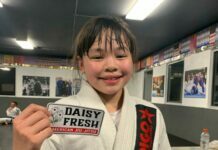