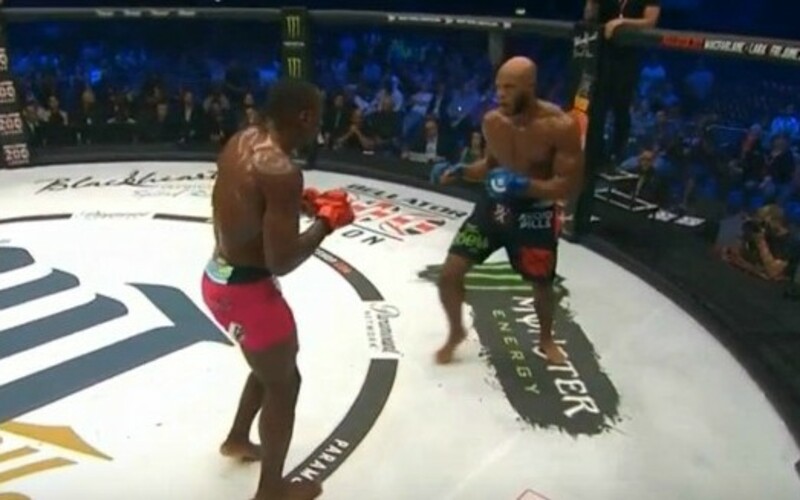 He may not be known for his knockouts – or even his striking for that matter – but Phil Davis shocked us all today.

The fight was a rather typical Phil Davis fight through ten minutes. But just over a minute into the third round, Davis connected on a right headkick. Putting the former title-challenger Vassell out on impact. A few follow-up shots later, and the stoppage came.

This pushes Davis‘ record to a stellar 19-4, 1 No Contest. He has won two-straight over solid competition since losing the Bellator Light Heavyweight Championship to Ryan Bader in June of last year.

Linton Vassell has now dropped two-straight, both via KO. This courtesy of Ryan Bader and Phil Davis.

Check out the tape-delay of Bellator 200 tonight at 9pm ET on Paramount Network.

Check out Phil Davis‘ second KO win in nearly a decade below.