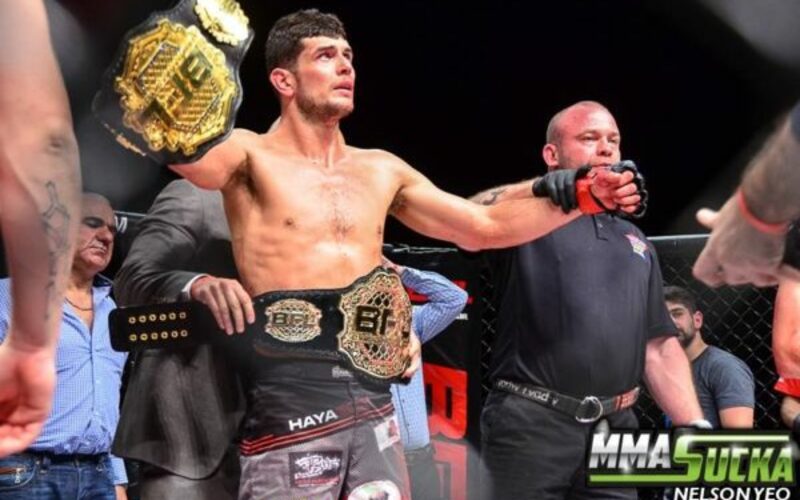 Battlefield Fight League is winding back the clock, as Chris Anderson and Dejan Kajic will square off for a second time in the main event at BFL 56.

BFL officials announced the match-up on Saturday evening. The headlining bout will take place on July 14, and will be contested at 180-pounds.

Anderson and Kajic fought for the first time in 2017 at BFL 47, with Bukwas earning a third-round knockout.

Anderson (6-1) is coming off the first loss of his career. At BFL 53, “Bukwas” fought the toughest match of his career, and lost a split decision at the hands of former UFC welterweight Matt Dwyer. Prior to that blemish, Anderson was riding a six-fight winning streak, with five of his six victories coming via stoppage.

Kajic (8-7-2) is also coming off a loss. At Prestige FC 9, the British Columbia native lost a split-decision to Menad Abella. Prior to that, Kajic defeated Tim Welch via second-round submission at Intense Championship Fighting 28.

BFL 56 goes down on July 14 from the Hard Rock Casino in Coquitlam, British Columbia. The heavyweight championship is also up for grabs, as Caio Machado takes on Dustin Joynson. Another match-up that was announced, was the return of Micah Brakefield, as he takes on Hamza Salim.