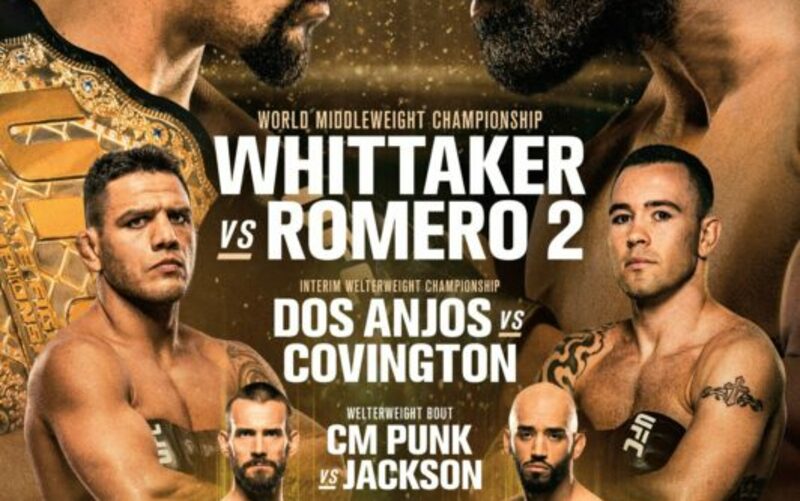 The UFC returns to pay-per-view this week with UFC 225! Emanating live from the United Center in Chicago, IL, the main event will see Robert Whittaker and Yoel Romero battle for the UFC Middleweight Title. All over the card though, people are wanting to make a mark with promoters and fans. With uniforms now de rigeur for UFC athletes, one of the few ways they have left to stand out as individuals is with walkout music. Some have had great walkouts in the past, but musical schizophrenia has led them away from it. Others just need a boost. That’s why I’m here. As MMASucka.com‘s resident musicologist, I’m here to help. I’m going offer suggestions for UFC 225 walkout songs that would help these fighters become stand out. I’m even doing it publicly, for your entertainment. So, without further ado, here… We… Go!

What he last walked out to: “Energy” – Drake

What he should walk out to next: “9th Chamber” – Inspectah Deck

I’ve talked about the Drake Curse before, and Anthony “Lionheart” Smith fell victim to it in his last fight. Fighters should have learned this by now, just like they should have with the Eminem curse. So, what’s a song that will bring more of an intimidation factor than Drake could ever hope to bring even on one of his harder tracks like “Energy”? Well, like I always say, when all else fails, look to the 36 Chambers and the Wu-Tang Clan. Inspectah Deck’s menacing “9th Chamber” would be a superb walkout for the Nebraskan finishing machine. You can hear it below.

What he last walked out to: “Loss for Words” – Landon MacNamara

I’ll hand it “Dynamite” Dan Ige, he certainly pulled his last walkout song out of left field. A white boy reggae ballad is definitely not something you’ll hear anyone else walking out to. That said, it’s maybe not the best choice when you’re the opening fight on the fight pass portion of the card. You need a walkout song that will engage the audience immediately to catch their attention. One song that would do that, while still keeping some of the riddim that Ige needs would be “Down” by 311. You can hear it below

Keep it locked to MMASucka.com for more on UFC 225, along with more high quality MMA news and opinion!