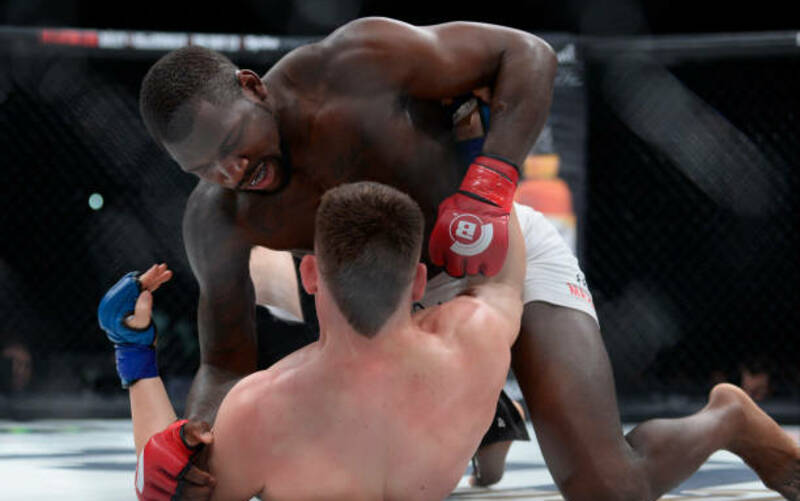 Undefeated Bellator star, Ed Ruth, will take his 5-0 record into Bellator 201: Macfarlane vs Lara on June 29, 2018, at the Pechanga Resort and Casino located in Temecula, California. Ruth will take on seasoned veteran Andy Murad.

Bellator 201 will mark the welterweight debut for Ruth. His previous five Bellator bouts started at a catchweight of 192 pounds and worked down to his last bout, a 175 pound catchweight. Though Ruth finished his career at Penn State winning the 184-pound national championship, it’s often forgotten he started wrestling 174. “I’m walking around about 183-185 pounds,” Ruth told MMASucka. “And I’m feeling good.”

Ruth is preparing for his matchup against Murad as he would any other opponent. “I have to train to my abilities and not to that of my opponent.” Ruth stated. Ruth understands he is a battle with a man who has more cage experience than he does. “The veterans stick to their game plans. They have all their moves planned out.” Ruth said.

MMASucka asked Ruth about the late announcement of the fight and if it affected the amount he’d like to stay busy. “I would much rather fight, train, and then fight again.” This will make Ruth’s second fight of 2018 and he does not want to slow down. “I would like to fight two more times in 2018.”

The Bellator welterweight division is arguably one of the deepest divisions in all of MMA. Led by champion Rory McDonald, such names lurk near the top like Michael Page, Paul Daley, Jon Fitch and younger upcoming talents like Dillon Danis and Neiman Gracie.

As the weight develops, it could make for some amazing matchups down the road for the three-time NCAA champion. Look for Ruth to be in title contention in 2019 if he can continue his active, winning ways.