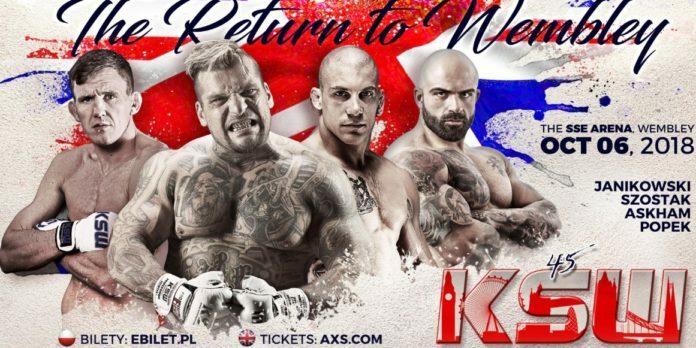 After a fantastic KSW 44 show live from Gdansk over the weekend, KSW will be taking a prolonged break before they return in four months for KSW 45: The Return to Wembley. 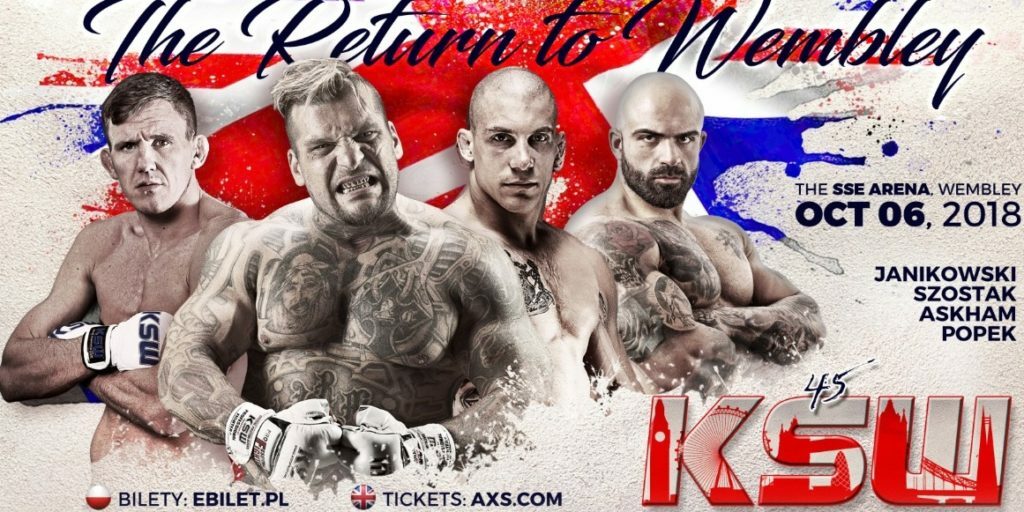 Infamous Polish rapper and former resident of London, Popek Monster (3-3) will return to the KSW cage following a successful stint on Dancing with the Stars in Poland. Olympic bronze medalist wrestler Damian Janikowski (3-0) will look to continue his success as an MMA fighter following a sub-one-minute starching vs. Yannick Bahati. England’s own Scott Askham (16-4) will make his second appearance inside the KSW cage following a shocking round one upset against KSW legend Michal Materla. And finally, KSW has added another wild-card bodybuilder to their ranks as Akop Szostak (3-2) will make his promotional debut, competing in the light heavyweight division.

None of the aforementioned fighters have opponents as of yet, but the addition of those names alone is enough to warrant your attention. Tickets are on sale right now on AXS.com and the iPPV itself will be viewable on KSW TV.

Following a breakout year in 2017, KSW will now return to the UK for the first time since KSW 32 nearly three years ago. That night nearly 10,000 fans packed the SSE Arena, Wembley to see some of KSW’s finest go to work.

KSW co-owner Maciej Kawulski had this to say about the upcoming show.

“We are beyond delighted to finally come back to Wembley. We promise to bring another action-packed fight card with some of our biggest names. England, trust me, you do not want to miss this.”

Four months without a KSW show is a dark, dark time. But… we can do this! KSW 45 takes over the SSE Arena, Wembley in London, live on October 6. Expect loads of announcements in the coming weeks & months.