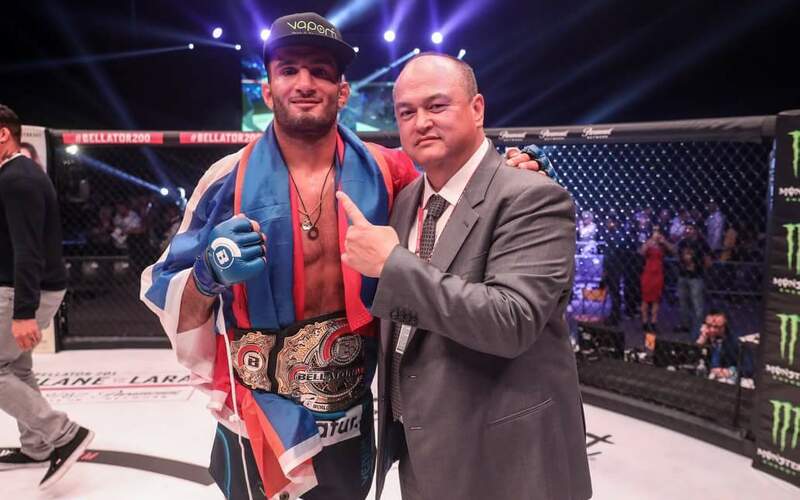 Bellator may have just booked their biggest fight to date in the form of a middleweight title bout.

The promotion will have newly crowned champions Gegard Mousasi and Rory MacDonald do battle with Mousasi’s middleweight title on the line. Ariel Helwani of ESPN was the first to report the monster match-up.

Gegard Mousasi (44-6-2) is a victor of seven-straight, this includes five wins inside of the UFC, including stoppage victories over Vitor Belfort and Chris Weidman. Mousasi is currently spotless inside the Bellator cage since debuting late last year, defeating former champion Shlemenko in his debut before dominating and finishing Rafael Carvalho in the first round to become the middleweight champion in May.

Rory MacDonald (20-4) was, much like Mousasi, highly-ranked in the UFC for the majority of his tenure with the company before making his Bellator debut last year. In his debut, he went into enemy territory to dominate and submit Paul Daley to earn himself a shot at welterweight gold. In January of this year, he dethroned Douglas Lima in MMASucka’s Fight of the Month.

If MacDonald defeats Mousasi, he will become the first person in Bellator history to hold two titles at the same time.

The yet-to-be-announced Bellator MMA card is scheduled to take place in San Jose, California on September 29.