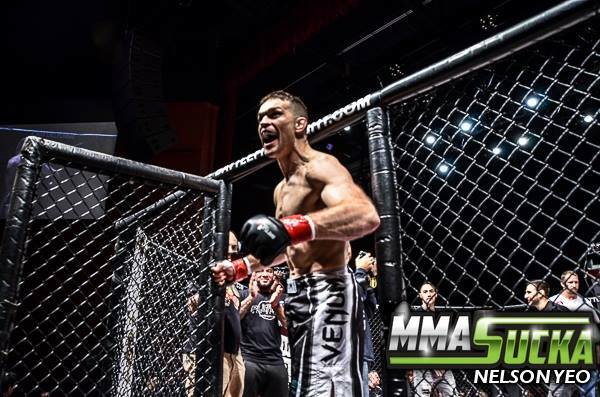 After a very successful career, David Perron has decided to hang up the gloves.

“Showtime” announced the news on Sunday morning via his official Facebook page.

David Perron hangs up the gloves

Perron (10-7) started his career back in 2009 and didn’t shy away from the toughest guys in the sport. He won his first four outings by stoppage and became known as one of the most dangerous strikers on the West Coast.

Over the course of his career Perron has fought for a number of organizations including, King of the Cage, Agression MMA, Armageddon FC, World Series of Fighting, Xcessive Force FC and most recently a tenure with Battlefield Fight League.

The 37-year-old walks away from the sport on a four-fight winning streak. This includes his most recent outing, at BFL 53, where he captured the vacant welterweight title by submitting Curtis Harriott with a heel hook in the fourth round.

Following that bout, Perron teased the possibility of retirement, but it only came to fruition as of today. We want to wish “Showtime” all the best in his future endeavours.