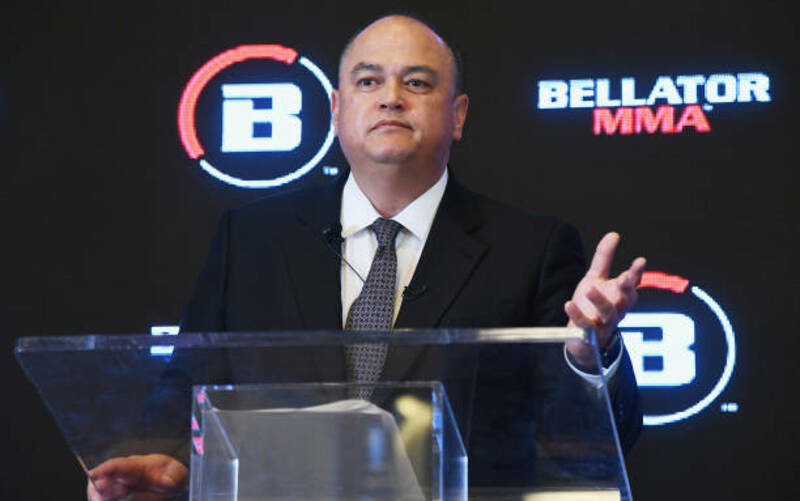 At the press conference, Coker and Rushton both spoke about the deal. Coker claimed the deal will open more spots for free agents on the Bellator roster. He also remarked on the DAZN streaming platform, how its international reach opens the promotion to a greater audience.

“The exciting new partnership with DAZN is a game-changer for Bellator,” said Bellator President Scott Coker. “The investment will enable us to continue expanding our roster with free agents that make sense, so we can put on PPV-worthy fight cards that fans want to see. Plus, on DAZN’s worldwide platform, our fights will be seen live for the first time to new audiences around the globe.”

DAZN CEO James Rushton remarked upon the streaming service desire to become a household necessity for fight fans in the United States. With the acquisitions of boxing broadcast rights which include Matchroom Boxing and World Boxing Super Series, and now with the addition of Bellator, they look to do so.

“It’s simple; fans want to see great fighters in competitive fights so we’ve handed the keys to Scott Coker and his venerable team to go out and recruit even more top-level talent to further stack Bellator fight cards and build on their success,” said DAZN CEO James Rushton.  “With the combination of this investment and our recent announcement to bring more than 30 nights of boxing to the platform annually, DAZN will be a must-have for fight fans in the U.S.”

Details of the deal include an undisclosed length as well as compensation. During the press conference, the number was referred to as, “nine figures”.

As a part of the deal, DAZN will broadcast 7 exclusive events on its subscription streaming service. Additionally, it will simulcast an additional 15 Paramount network events. The deal begins on September 29th, with its first exclusive event, Mousasi vs. MacDonald.

DAZN is a paid subscription streaming service which currently operates in the countries of Canada, Japan, Germany, Austria, and Switzerland. The service launches sometime within 2018, most likely before its scheduled Bellator debut on September 29th.

Originally, DAZN first launched in 2016, when the service went live in Germany, Austria, and Switzerland. The endeavor owned by Perform Group, a sports media company, was billed as the “Netflix of Sport”.

Since launching in Europe in the summer months of 2016, the service moved to Japan. A move which constitutes the current landscape of its international reach.