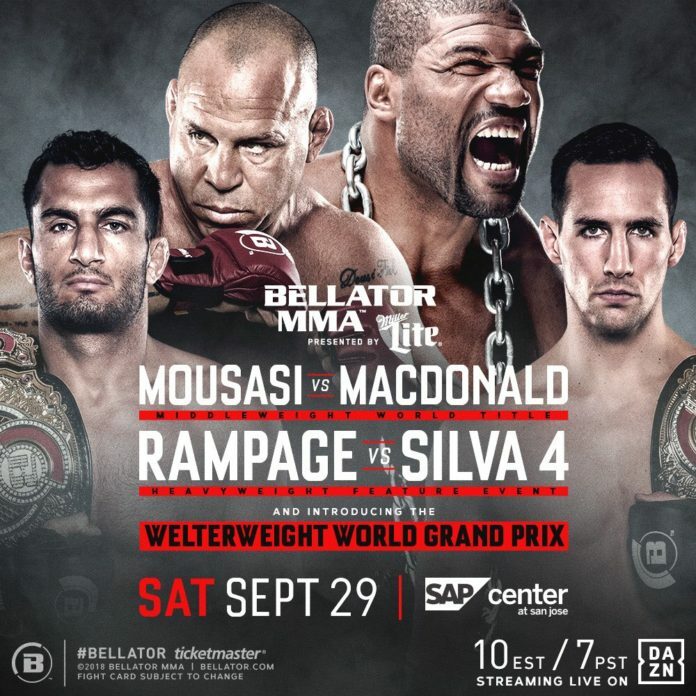 On September 29, live from San Jose, California, a fifteen-year feud will result in a fourth fight between rivals as Wanderlei Silva vs. Quinton Jackson 4 has been made official for Bellator MMA’s September show.

The fight was, finally, confirmed on Tuesday morning live from a press conference in New York. It was also here that they announced this card featuring Gegard Mousasi vs. Rory MacDonald and Wanderlei Silva vs. Quinton Jackson will stream exclusively on DAZN in the United States. 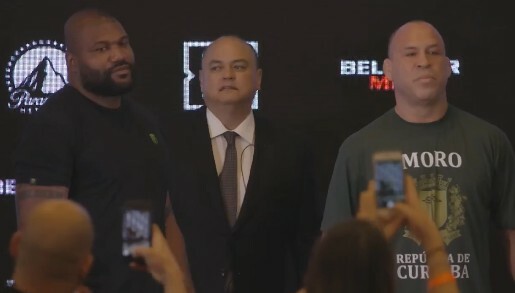 Much like his opponent, ‘The Axe Murderer’ Wanderlei Silva (35-13-1, 1NC) needs no introduction.

Silva made a name for himself in PRIDE FC after a brutal run on the bare-knuckle vale tudo scene in Brazil during the late 1990’s. He competed in PRIDE for seven years and became statistically the greatest fighter in the history of the fan-favorite organization. Dominating the PRIDE middleweight division as the reigning champion, winning 22-fights – this includes 15 knockouts.

He holds plenty of records under the PRIDE banner, and along the way, he faced Quinton  Jackson twice while the two fought in Japan. Silva won both meetings by way of devastating knockout. After a nine-fight run in the UFC that saw him compete in some wars, Wanderlei Silva made his Bellator MMA debut last year. Losing a unanimous decision Chael Sonnen after dropping him multiple times early.

Though never quite reaching the heigh that Silva did, Quinton ‘Rampage’ Jackson (37-13) also had a great run in the PRIDE organization. He never held a title, but he put himself on the radar of many with knockout wins over Kevin Randleman, Chuck Liddell, and, of course, Ricardo Arona.

‘Rampage’ did, however, see more success than his rival Silva when he transitioned to the UFC. This culminating in a second KO win over Chuck Liddell, only this time, the UFC Light Heavyweight Championship was on the line.

After defending his title against Dan Henderson before losing it to Forrest Griffin, ‘Rampage’ Jackson faced off with Wanderlei Silva for a third time at UFC 92. This time it was Jackson who came out victorious with a vicious first-round knockout.

After a 12-fight run in the UFC, Jackson headed to Bellator. He is 4-2 in the promotion, losing his two most recent bouts.

Wanderlei currently leads the series 2-1, with all three fights ending in devastating fashion.

Their meeting in September will take place at heavyweight.

A middleweight title superfight between Gegard Mousasi and welterweight champion Rory MacDonald was previously announced for the card. And the promotion aims to kick-off a long-term welterweight grand-prix on the same show. No fights have been announced, but expect names like Paul Daley, Douglas Lima, Jon Fitch, Andrey Koreshkov, and Michael Page to be involved.