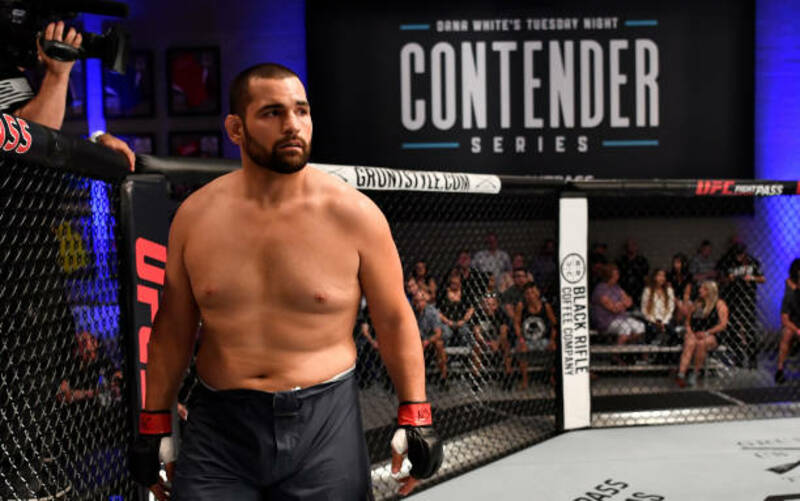 Legendary New England fighter, Greg Rebello, took to social media yesterday following his loss on the DWTNCS to announce his retirement from the sport. Rebello made his second appearance on the Dana White’s Tuesday Night Contender Series, unfortunately, his record with the promotion fell to 0-2.

Thanks for the love everyone. Shit happens. I've accomplished everything n more in this sport. That was the last one thank you

Parisian fought for the LFA promotion once and held a record of 6-2 going into the Tuesday night matchup. In his 6 victories, he holds three KO/TKO stoppages and two submissions. The 28 year old did not earn a UFC contract with his impressive victory over the New England fighter, yet what he did secure was a place on the newest upcoming season of The Ultimate Fighter.

Rebello ends his long career at the footsteps of a goal he coveted for quite some time. This most recent appearance on DWTNCS marked his third ‘showcase’ for the UFC. The MMA veteran competed in the elimination round of TUF 11 but unfortunately lost by majority decision. Last summer, he made an appearance on the inaugural season of Dana White’s Tuesday Night Contender Series. There, he again fell short, losing to Azunna Anyanwu by TKO stoppage in the second round.

Greg Rebello was a staple among New England regional mixed martial arts. He first began his professional journey through the sport in 2005. From there, he fought for nearly every regional promotion on his way to the top. He fought for promotions such as Reality Fighting, NEF, the now-defunct WCF (World Championship Fighting), and his longtime fighting home, CES.

He became king of CES after a long while of fighting with the promotion. The first appeared he made for the regional promotion back in 2010, the organizations third MMA event. From there he compiled a 12-4 record with CES, including 8 KO/TKO stoppages and two submission victories. In his final fight with the promotion, Rebello battled fellow MMA veteran Travis Wiuff.

It took only 23 seconds for Rebello to blast Wiuff into unconsciousness and claim the vacant CES heavyweight title. The victory was a culmination of his accomplishments in this area. For a long while, Rebello was the top dog in the area. Not only as a fighter, but as a coach, mentor, father, and person.

The longtime New England fighter inspired many of the great young and rising prospects this region holds today. Many took to social media in support and admiration of the longtime veteran of the sport.

You've had a kick ass career, my friend. Was an honor calling your fights and getting to know you and the crew.

@grebello73 is a legend in the north east & somebody a lot of fighters look up to including myself. Glad I got the honor of seeing him fight so many times.

Much respect my friend

Amazing career my friend I always have and always will continue to look up to you in this sport 🙏🏼 https://t.co/5Wxz5XWSYY

People the caliber of Greg Rebello do not come around often but this community is lucky enough to continue to hold him close.